Powerful scents give me migraines…

I've suffered from migraines since puberty struck at around 12 years old. And when I say suffered – I mean exactly that.

I have to take myself to bed, get a bowl to be sick in to relieve the pressure in my head and then try to get to sleep so I can escape the extreme agony I'm in.

Anyone who has had a migraine (well, the type of migraines I get) would agree with me when I say that during an attack I would rather cut off my hand if it meant I didn't have to go through the excruciating pain I feel. Even giving birth seems like an attractive alternative and that wasn't pleasant.

Scientists still don't fully understand why people get migraines, but recommend keeping a diary so you can determine what the triggers are. It's taken me 30 years to understand what mine are and, unfortunately, I have many.

One of these is strong smells. Let me give you an example. On my way to World Travel Market at ExCel in London last week I was invited to travel by private car in return for doing an interview with a well known hotel brand. Sounded like a great idea given that the DLR had decided to go on strike that week.

However, as soon as I stepped into the hot car I knew that the journey was going to be everything but pleasant. I caught a strong whiff of a musky aftershave that suddenly engulfed my nostrils.

The mix of a hot car with no ventilation, bad traffic and the musky smell meant that within a few minutes I started to get a headache.

I just about got through the day coping with feeling lousy, but because I hadn't addressed the problem the way I should have done, the headache rapidly escalated into a migraine.

I remember sitting at London Bridge train station on my way home feeling like I was about to throw up. And to top it off, an announcement that all trains were cancelled due to a trespasser on the line came over the tannoy.

Let's just say it wasn't my best day that week. Or the day after when I got another migraine.

Oh, did I not mention that I also experience ‘cluster migraines'?

Yes, there's a special word for them. I'm wiped out for much of the week and doing my day job becomes practically impossible.

That day was particularly bad as VIP couldn't get the kids from their after school club.

I had to drive to school, collect the kids, get over to McDonald's (I wasn't cooking that night!), entrust my ten-year old son with my debit card so he could go in to order and pay for their meals and then leave them to it when I got home to crawl into bed, summoning myself up to be sick. Really not a pretty sight.

One thing I'm thankful for is that the kids are now older and can take care of themselves (to a certain extent) when I have to disappear. They'll either watch TV or play on their iPads.

As far as I'm concerned they can do anything they want when I'm so ill – except argue.

Over the years they've learnt that when mum has a migraine I'm just not able to look after them and suddenly they learn to be responsible for an hour or so until VIP gets home.

Other effects of migraines (for me) include slurred speech and the inability to think clearly. My mum – who also suffered from migraines when she was younger – has often mentioned that I should put myself forward for any drug trials – and if it didn't effect my day-to-day normal working life – I probably would.

Going back to strong scents, the smell that triggers a migraine doesn't have to be musky – just overpowering.

Perhaps I should just walk around with cotton wool stuffed up my nose?!

I have considered it – especially when travelling on public transport and there's no escape.

Other triggers for my migraines that I've whittled down over the years include not enough sleep, skipping meals, dehydration, a sudden change in weather conditions, being stressed and hormonal surges.

And that's why I experience attacks at least once a month. I was on hormone injections (Depo-Provera) for about eight years and although I noticed a difference in the frequency of attacks, it didn't rid them altogether.

And then I read that the jab was linked to high levels of osteoporosis so I came off it.

I currently rely on Migraleve – two pink tablets followed by two yellow tablets after four hours if the migraine hasn't gone. You can pick them up over the counter from Superdrug for £9.49 – and also from Boots for the same price.

The next step for me (once Migraleve stops working!) will be sumatriptan which is preventative rather than curative.

I've avoided it so far as it means taking a tablet every day for the rest of my life – or perhaps until I hit menopause – and maybe they'll disappear altogether with any luck.

To top it off, I also get the aura migraines – the flashing lights that just won't go and the light-headedness, but compared to the pain migraines these are, to me, irrelevant – I can cope with a few flashing lights in my eyes – they're just bloody annoying.

Finally, anyone who calls a migraine ‘a headache' is clearly ignorant of what a migraine actually is – and has been lucky enough never to have suffered from one.

If they had, they wouldn't dare use the words ‘headache' and ‘migraine' in the same sentence for fear of offending us poor sufferers!

A Pin For Your Health Board 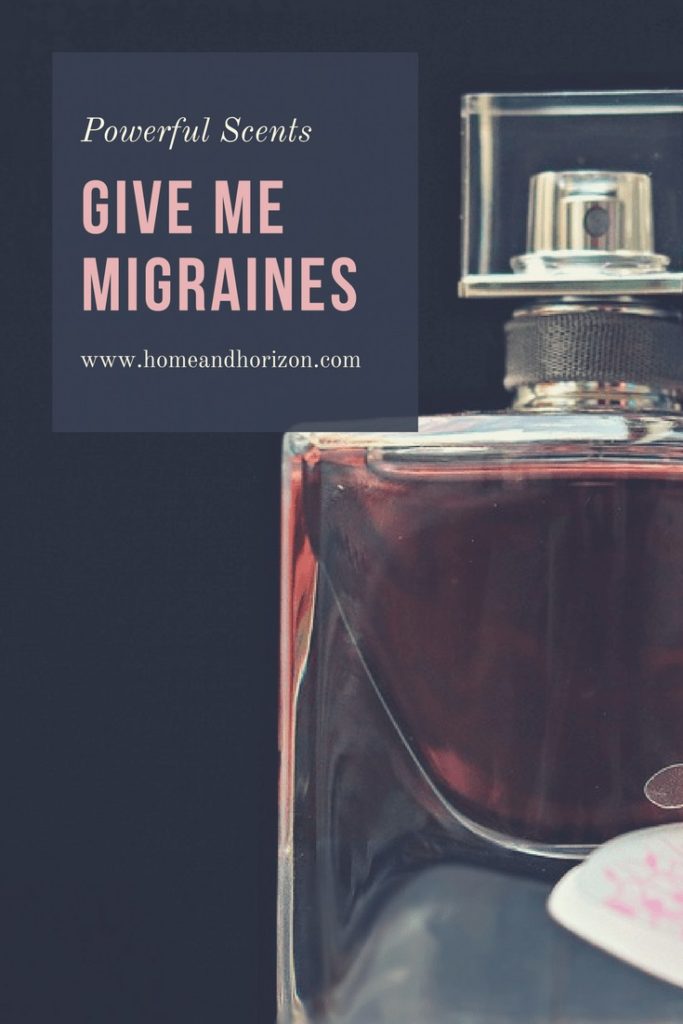 Watch my video on a daith piercing to see if it cured my migraines!

My hubby gets migraines and suffers so badly with the. I’d have never thought a sent could trigger one off

I’ve heard lots of things like a previous injury, misaligned spine, all sorts…can trigger one off!

String smells give me headaches (although not migraines) and often make me feel sick. I can stomach candles but not heavy perfumes / aftershaves

Looks like more of us are affected than i thought…I wonder why they do…?

I suffer from migraines too and haven’t really found a cause for them. They do tend to appear more when I’m run down or tired.
Sarah | Boo Roo and Tigger Too recently posted…My Little Pony Movie Book Collection + #Giveaway

I think stress has a lot to with them doesn’t it?

I suffer from migraines if I feel stressed and tired.That’s great that you recognised what are the “triggers” of your problem. However, you can’t avoid them all the time, we can’t have everything under control:(

That’s very true. I wish I knew how to avoid getting them more though!

I struggle with migraines too. Especially when I am dehydrated.

That’s a shame, but at least you recognise the issue.

Thanks Danielle – I just hope the older I get, the more they ease off!

My Mum suffered when we were growing up and it was awful for her. I had one once when I was pregnant and it was SO painful!!

I wouldn’t wish them on anyone. Just awful.

Exactly! Thank you Laura. It’s reassuring to hear that!

Oh you poor thing, I’ve never suffered with migraines, but my SIL does and they stop her in her tracks. They are definitely not a headache!