Earlier this year, VIP and I watched a documentary series on Netflix called Dark Tourist. Journalist David Farrier, New Zealand’s answer to Louis Theroux right down to the floppy hair and square-rimmed glasses, was presenting.

The programmes revealed bizarre (and sometimes horrific) details of events that had taken place – or still do – and was both fascinating and shocking to watch.

The darkest of the dark

Now what typically happens after VIP and I watch a new programme or series together is that it sparks debate.

“I bet you would do that!” VIP suggests as we’re watching David try to sneak into part of the forbidden city of Famugusta in Northern Cyprus.

Well, if I was sure I wouldn’t get caught, he’s probably right – I’m a bit of a daredevil.

But in one episode David is offered the chance to shoot a cow in Cambodia and I can’t watch. (spoiler alert: he backs out of it at the last minute)

Although I’ve done some crazy things in my lifetime – bungee jumping, skydiving and swimming with sharks to name a few, there are some things that I find really upsetting.

For my 40thVIP took me to the Big Apple. It was an epic adventure, spoilt only in part by the horrible cold I appeared to have caught somewhere over the Atlantic.

But that didn’t stop me from pushing through the pain to get out and make the most of our short visit in New York.

On one of the days we found ourselves visiting Ground Zero. For what felt like hours, we watched as the roaring fountains tumbled down into the pits below. And then we read some name plaques and messages to loved ones. It was a poignant moment and I was on the brink of tears the whole time we were there.

VIP asked if I wanted to go inside the memorial museum and I chose not to.

Not because I didn’t think it was important; after all, the terrible event was a piece of history that most of us reading this were alive to witness.

It was one of those days you never forget. I mean, everyone remembers where they were or what they were doing when they heard the news about the collapse of the Twin Towers.

No, I chose not to go inside the museum because a part of me was being selfish. I knew that I’d end up coming away being deeply affected. And on a whistle-stop tour of a city that I had longed to visit, I didn’t want any part of my trip dampened.

I just wanted to remember happy memories….riding bikes in Central Park (and feeling like naughty school kids as we got shouted out by one of the locals for venturing off the path!), our romantic Bateaux cruise and the feeling of the wind in my hair, and the wonderful food tours we experienced, especially the gorgeous cookies on the dessert tour.

These were HAPPY memories, memories that I will cherish forever.

So for me personally, visiting a place or destination that was once home to a dark event doesn’t hold much appeal.

I’m happy to watch programmes on others venturing off on their dark tourism adventures, but that’s where I draw the line.

So it intrigues me as to what kind of traveller would choose to spend their hard-earned cash visiting places that are historically associated with tragedy and death. 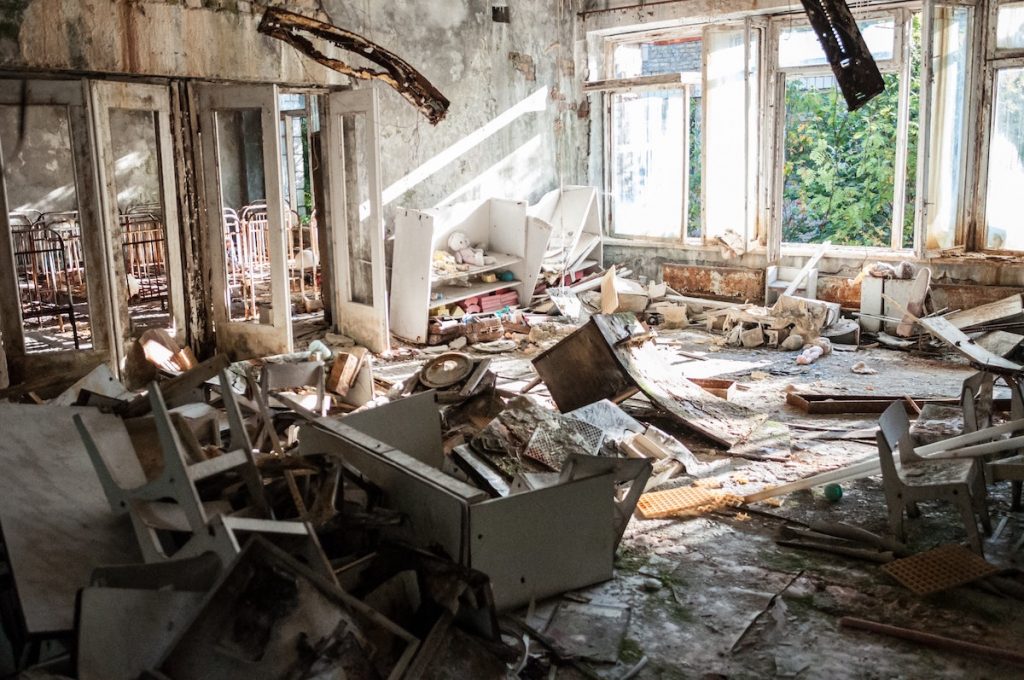 But I appear to be in the minority. And, according to recent statistics, the growth in this type of extreme travel shows no sign of abating.

In fact, according to research undertaken by Kiwi.com, searches for ‘Dark Tourism’ have increased by a massive 307% since 2016.

The company also released details of the top 10 dark tourist destinations that Brits have visited in recent years, including nuclear bomb sites and the birth place of drug kingpin, Pablo Escobar. 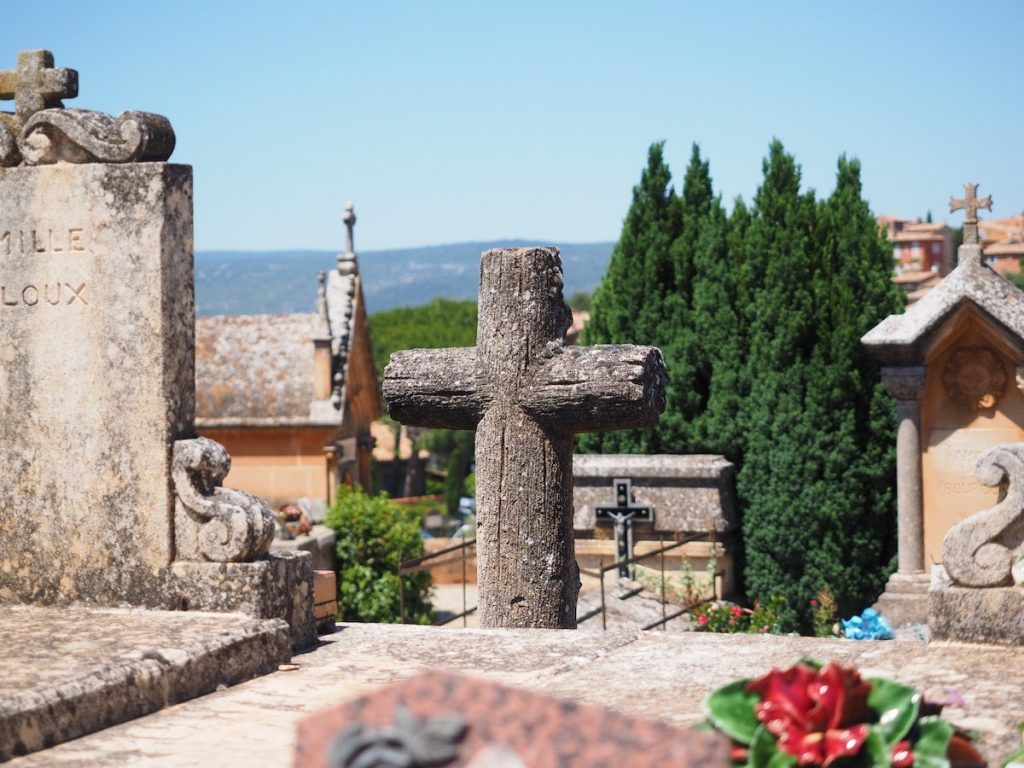 You might remember when YouTube Star, Logan Paul, visited the Aokigahara Forest in Japan to go camping and do “a fun vlog”.

I suspect that Logan didn’t travel more than 10,000km from the States to Japan just to “make a fun video”.

He was probably well aware that the forest (more appropriately known as ‘Suicide Forest’) was a hotspot for people deciding to end their lives by noose.

And how fitting that one of the bodies should just so happen to make it into his video.

But unlike Logan, if you’re on a dark tourism tour you won’t be made to apologise for travelling to places to ‘check them out’ – or even for documenting them yourself on camera or by video.

But it does make you wonder the massive influence that these social media stars have on future generations.

And it’s this demand for new experiences – no matter how weird – that is keeping the tourism industry on its toes.

And now, as Brits look to ‘go one better’ in exploration, it appears that the demand for dark tourism will continue to soar.

However, I know that 20 years from now, when I’m taking the grandkids off on a holiday, I’ll be more inclined to promote the pleasures of the beach rather than the bravery at the battlefields.

Besides, I reckon dark tourism virtual reality tours from the comfort of their sofa will be commonplace by then!

Would you entertain a dark tourism tour? And if so – where would you head first? 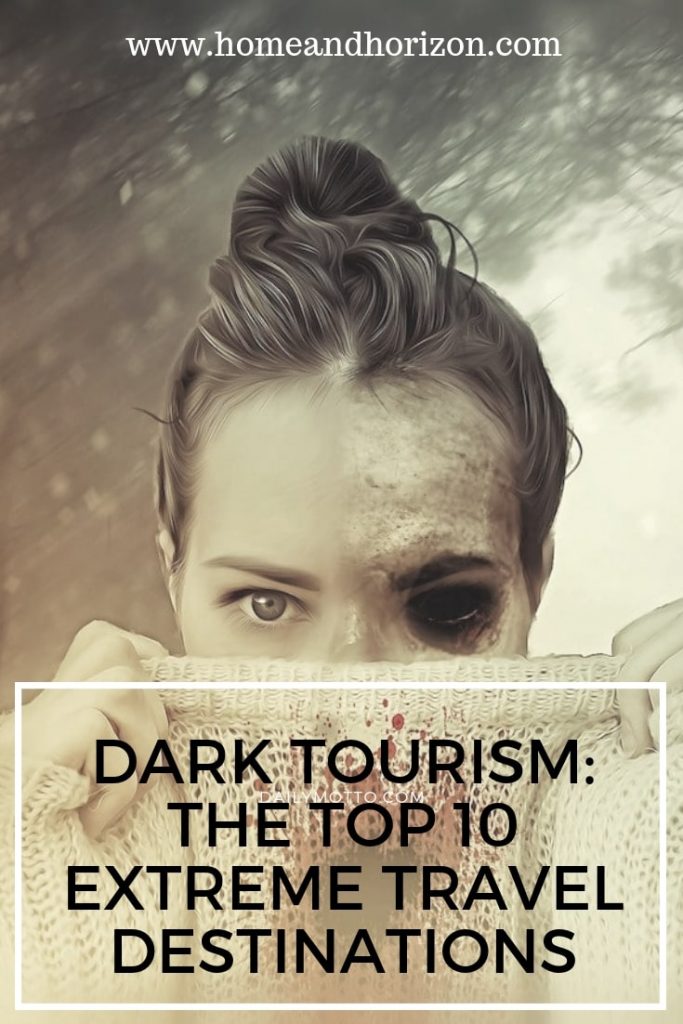 Intrigueing but too scary and dark for me.

Thanks Annaloa -I know what you mean!

I don’t think dark tourism is for me. I love the history of places but some of them I would find just too upsetting, especially the likes Auschwitz. Having said that, this was a really interesting read and I can absolutely see why other people choose to visit such places.

Thanks Jen – and I have to concur! Learning about the history of a dark tourism destination off the telly is where I’m most comfortable. At least I can switch off if it’s too upsetting!

I’m a little bit obsessed with anything vampire-related so I’d love to visit New Orleans one day. I’m not so sure about the other destinations on your list though – I think the fact they mostly have sad stories attached to them would be a little too much for me. I’m way too emotional!

I remember as a child visiting aa village in France where all but 2 people were killed. The mass graves still stay with me now and its just so horrid to think what humans actually can do to each other

I watched a programme about this on Netflix, very eye opening.

It was probably the same one I watched!

I’m not generally a big fan of dark tourism, but some of those sites are of great historical interest (Pompeii, Auschwitz) and I have to admit I’m fascinated by videos from Chernobyl

I loved visiting Pompeii, it was a fascinating experience. Hubby wants to visit Auschwitz, but I am not so sure

I really enjoyed watching this series but was a little worried when the gieger counter was racking up those numbers!!

I think it is good to be reminded of what human beings can do to each other (at times!). The further away we get from wars, the more blase people become.

Although this is really interesting I wouldn’t want to do any kind of dark tourism. I don’t know, I wouldn’t like to think I was funding something that highlighted something dark. I had family in concentration camps so it would feel way to real to even think about going.

Yikes! This is definitely not my cup of tea. It makes me want to run away!

Ha ha! I know what you mean Emily! And I haven’t even covered a fraction of what is out there!

How intriguing! People seem to be drawn by the gruesome and macabre, so I can understand the appeal of this kind of holiday. Me, I want to be in a happy place!
Elizabeth recently posted…Easy Oatmeal Pancakes with Yogurt-Maple Syrup

Yes, I’m with you on that one Elizabeth. I’m definitely fascinated by what has gone on (otherwise I wouldn’t have written about it), but I’d rather watch documentaries on it rather than see some of the destinations up close – I know it would affect me too much!

Pompeii I can see the appeal. Also, I know many that have been to Auschwitz, Poland, but I would not go to Chernobyl xx

The Dark Tourist programme on Chernobyl is really interesting – when the radiation levels go through the roof & you should see the looks on some of the people’s faces who are on the tour – it’s quite frightening….they then start talking about it affecting fertility!

I have to admit I keep meaning to try and watch this show it seems interesting in it’s own way. Pompeii has always been somewhere I would love to go and visit, I became intrigued with it at an early age. Chernobyl would also be interesting, I like how so many have so much history around them.
Sarah Bailey recently posted…Egloo – Heat, Fragrance and Humidify your Home

Sarah – you should watch the show honestly….it’s really interesting. There is so much out there with huge stories behind them. Some are sad or scary but they’re all really intriguing.

I would love to visit Chernobyl. It would be an eerie yet interesting experience!

Oh crikey – you’re a lot braver than I am!

I have been to Pompeii but I’m not sure if I’d choose to go on too many ‘dark’ trips.
Micaela Levachyov recently posted…Keeping Your Older Property Warm in Winter

Hum… when I say I like dark tourism is nothing related with deaths, so maybe I am using the wrong words 😂
New Orleans is on my bucket list as I love anything related with N.O., Pompei is for any historian lover a must visit.
Aushwitz is a no no for me. Too much negativity and if I can’t handle the Imperial War museum floor with the exhibition of the Holocaust, I couldn’t handle Aushwitz.
And I do remember exactly when, what and which whom I was on the 9/11. I can still hear the police sirens in my head.
That’s a good read Lauretta! XX

Thanks Alejandra – it’s great to learn about history and visiting sites, but there are just some places I wouldn’t go to as I know how much I’d be affected by them. You’re a stronger person than me! X