What To Tip In Popular Holiday Destinations For Brits

What to tip in holiday hotspots isn't something that we tend to consider before we go away.

It's a question that usually comes to the forefront after the porter has delivered your luggage to your room or after the taxi driver has dropped you off. And then you suddenly wonder what to do.

Well, wonder no more. Have a read of these tipping etiquette tips in top holiday hotspots so that you're in the know and on top of your game.

Although the Spanish are not huge tippers themselves, there's no denying that tipping is widespread in Spain. However, it's certainly not expected.

On my various trips to Spain, I've discovered that a good rule of thumb is to leave around 1 euro per diner if you're out for lunch (so that's 4 euros for a family of 4). And for dinner (although it's not expected that tourists tip for dinner), if the service has been particularly good, aim to leave 5-10% of the bill.

Impress the locals: Say ‘Muchas gracias por la ayuda' which basically means ‘thanks for your help' (to say when handing over a tip)

Tipping in most countries throughout Africa is the norm, so it's a good idea to keep small change with you for regular tipping.

As an example, in North African countries such as Egypt, tipping is very important (many workers rely on it for their income), so ensure you carry some small change with you at all times.

Generally tipping around 10% is the norm in restaurants in Egypt, but check the bill first as you are very likely to see that a service charge has already been included.

Having said that, the charge goes to the restaurant rather than the waiter, so if you were impressed by their service, it's nice to thank them via a tip (which many rely on for their income). At the moment, 1 Egyptian pound is around 4p.

Impress the locals: You might hear the word ‘Backsheesh' in Egypt, which basically means ‘tip', so if you get in there and say it first, they're sure to be impressed!

In other northern destinations such as Morocco and Tunisia, tipping isn't compulsory, but the locals are grateful when it's offered.

In Morocco, again check the bill to make sure the service charge hasn't been included (especially in larger restaurants), otherwise the standard tip is 10-15%. You can also save a few dirhams to tip hotel porters, taxi drivers etc. At the time of writing, 1 dirham is around 8p.

And in Tunisia, a couple of dinar (1 dinar is around 50p) can go to porters, bar staff etc…while the 10% rule can still be applied to restaurants.

Again, tipping isn't compulsory in South Africa, but it's nice to do so for good service and between 10-20% is the standard.

In restaurants, check that service isn't included and if it isn't, then tip around 10% of the total bill if you're happy with the service.

Bring half Turkish, I feel like Turkey is my second home, despite the fact that I haven't visited for a few years.

Nevertheless, the Turkish hospitality is second to none. You will always be welcomed by the Turks and, if you're taking the kids with you, they are always made a huge fuss of.

Tipping isn't mandatory in Turkey, but it's nice to do when you get friendly (and good) service – which is pretty much all the time.

If you're tipping a taxi driver, it's best if you round up the fare, while for cafes, bars and restaurants, expect to tip between 5-10% of the bill.

Impress the locals: The Turks are naturally polite and will say ‘please' and ‘thank you' a lot, so learn these phrases to impress: Thank you is ‘tesekkür ederim' and please is ‘lütfen'. 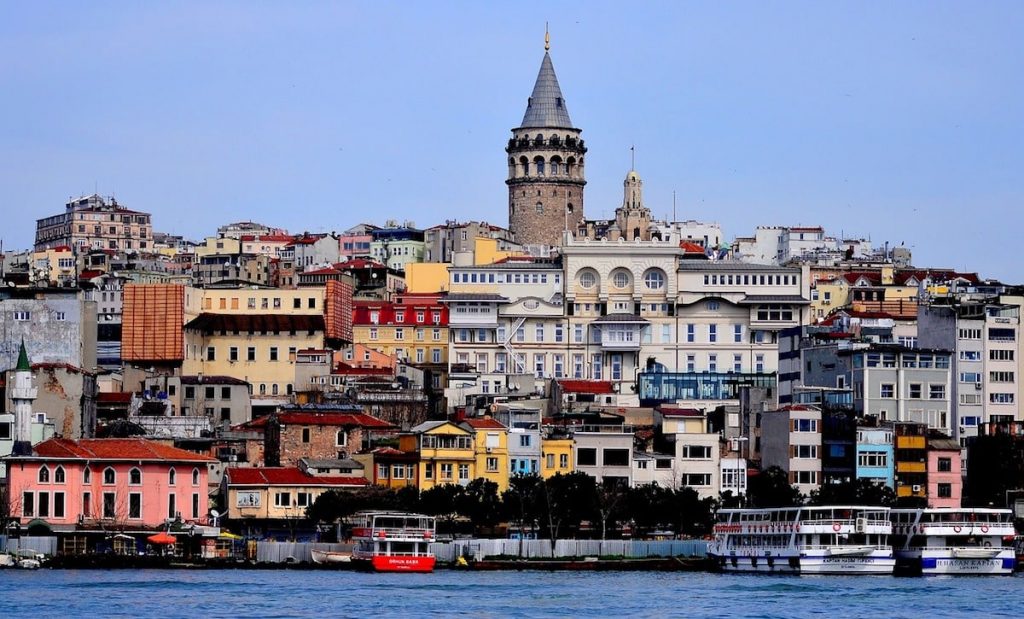 Tipping is a nice gesture rather than the norm across France, but in the larger cities a service charge of around 15% is usually included anyway (service compris), and if it's not, aim for between 10-15% of the total bill.

If you enjoyed the meal, make sure your words of appreciation are passed back to the chef – it's always gratefully received and means a lot to the French.

In a more relaxed setting such as a cafe, there is sometimes a tip jar on the counter, but if not you can round up the bill to the nearest euro and leave this as the tip, and it's the same for taxi drivers, but if it's a longer journey, be prepared to be a bit more generous.

Ah Germany! The place the Wright clan were in summer 2018…Freiburg in fact.  It's a beautiful destination and the people are friendly (and share a similar sense of humour to Brits in fact!)

It's customary (as an appreciation) to let the waiter know how much you're tipping, rather than leaving coins on the table like we do in the UK.

Impress the locals: With a compliment – ‘Vielen Dank. Das war köstlich!' (Many thanks, that was delicious)

Although tipping in Japan does exist, it's not usually applicable to tourists (and it's VERY complicated), so read this as red not to tip in Japan. In fact, in some cases it can offend if you do so. Best to err on the side of caution: pay the bill and no more.

If you find it difficult not to show your appreciation with words of thanks (on how nice or delicious something was), you could buy a small gift as a token of appreciation.

If you absolutely must tip the porter for example, money needs to go in a sealed envelope and it's probably safer that this then goes to concierge to hand over to the porter (make sure you get their name), but it's certainly never expected.

Impress the locals:  Be polite and be respectful – the most important attributes you should have when visiting Japan and meeting people. ‘Thank you very much' is ‘Doumo arigatou gozaimasu'

As a Brit in the USA, what I find most confusing when I spend money is that sales tax (around 7.25%) isn't included in most states.

So many times I've made the mistake of checking out the price tag of an item of clothing, only to forget about the additional expenditure – it's frustrating as I just want to know the total price rather than try to calculate what it will be.

And that's beside the point of course – whatever service you're paying for in the USA, expect to tip on top of that. Years ago, I once made the mistake of rounding my tip up to the nearest dollar to the taxi driver who took me to Walmart, only to get a huge ticking off for not tipping well. I should have done my research before I went!

You'll be expected to tip everyone – from the porter who insists on carrying your bags, to the bar staff serving you a drink. But it's understandable to see why – the wages aren't great and many rely on tips to get a decent wage. As such, service workers will usually go out of their way to be friendly and offer speedy service – to ensure a great tip!

Around 20% is a good rule of thumb for restaurants, but check the bill in tourist destinations and large cities to see if a charge hasn't already been added.

It's important that when you're calculating your budget for your holiday that you take all the added tips into account.

Impress the locals: Most Americans love the British accent, so perfect your best impersonation of Hugh Grant and they'll be hanging on to your every word. Failing that, chat about the British royal family – again, most are fans.

Do you have any tipping stories? Maybe you've tipped someone who didn't expect it – or made a boo-boo like me and got a telling off by not tipping enough? I'd love to hear them!

Needed this for the coming year, lots of trips planned, so thanks so much for the guide! I shall share it too as its blooming useful and well written 🙂 x

Ah thanks Carrie-Lou and fab news you’ve got lots to look forward to. Really pleased it has come in use to you!

This is so handy, thanks for sharing! I have never been abroad but would have no clue what to tip if I did!
Jess Howliston recently posted…Parenting Doesn’t Always Come Naturally And That’s OK!

Great to hear you think it’s useful Jess – thanks!

Most of us do as well Laura – that’s why I wanted to get a guide out there. Hopefully it will help somebody, somewhere!

I would have no idea on how much to tip, so this is a really useful guide, thank you for sharing it.

This is such a handy guide. I always find tipping so difficult as I never quite know what to give.

Hands up I struggle with tipping and how much as I know in other countries people rely on the tips to bring up there pay which I think in some ways is awful.
Sarah Bailey recently posted…My Top 4 Advent Calendars of 2018

I know what you mean Sarah – I know the US is one of those places where, if you work in the service industry, tips play a massive part in making up your wage. But having to tip (and work out things like sales tax) would be sooo confusing for me if I lived there. I think I’d have to become a pro at working out sales tax so it didn’t stump me every time!

This is a really great post as I often find myself wondering what the culture is like in relation to tipping whenever I visit a new destination. Pinned for future reference!

This is such a great guide! What to tip is forever a dilemma whilst travelling.
C x

It is isn’t it? Not many people are aware that it’s frowned upon in places like Japan either.

First off, how did I not know that you were half Turkish! My sons girlfriend of 4 years is Turkish, and she is currently trying to teach me some very basics of the language. Im rubbish though so bless her, she has a job and a half! Anyway, this post is so useful. I am one of those people that never knows what to do with regard to tipping, so I will pin this for later as my guide. Thank you for sharing xx

Ah thank you Kerry! Not many people know I’m half Turkish – most think I’m either Italian and Spanish (when I’ve got a tan!) Glad you found it useful – and I’ll test you on your Turkish when I next see you! 😉 xx