Back in 2002 cinema goers were enjoying Lord of the Rings and Harry Potter and the radio waves were awash with Eminem spitting rhymes or Avril Lavigne bemoaning how complicated everything was.

It was in 2002 that a slightly sinister looking German anatomist called Gunter von Hauser first made his way into the news in Britain. He was opening a macabre exhibition in London’s East End, Body Worlds, of real human corpses in various poses. It was a first in Britain at the time and way too intriguing to not visit- so visit I did, nearly 20 years ago.

Fast forward to the present day; in between Christmas and the New Year we usually head into London as a family – just to do something different. This year, after persuading the kids to leave sofas and PS4s, we settled on visiting the Body Worlds exhibition in Piccadilly Circus.

The kids were impressed with the bright lights of Piccadilly Circus – a great location for the attraction – and once we'd stowed our bags away in the automated safes (larger bags are not permitted inside the exhibition) and given instructions on the audio guide, we were taken up a lift to start the exhibition tour.

The great thing about the audio headphones were that you could control what you wanted to listen to as you walked around, just by holding the device near the relevant QR code next to an exhibit.

Over 200 human and animal bodies make up the London exhibition and Body Worlds worldwide has attracted well over 40 million visitors; it was easy to see why as there is still little more fascinating than the workings of the human body.

The exhibition itself has been controversial; some people and groups are not comfortable with the idea of actual human cadavers being used. Also, I could see that there would be people for whom the spectacle of the engineering marvel that is the human body laid out like the workings of a clock might be distasteful. 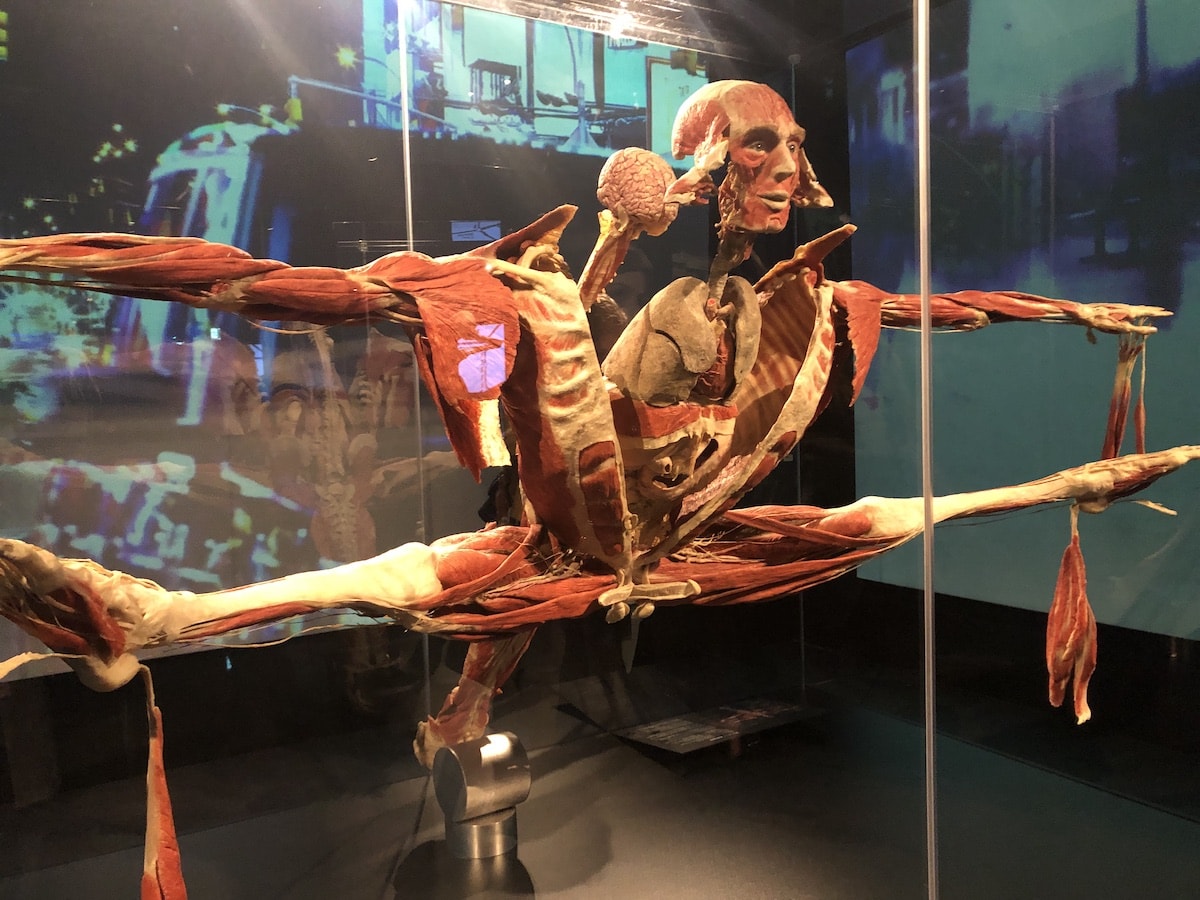 If you are squeamish about stuff like that then it might not be your bag. Personally, I found it fascinating (human biology was one of my favourite subjects at school), and I was pleased that the kids were finding it equally as intriguing. They really enjoyed the autonomy of making their own way round and being able to select which parts to focus on and which parts not to.

Luis, in particular, who had recently been trudging through biology revision on the subject of the heart, seemed to gravitate to the section on the circulatory system. Oil barrels stacked up illustrated how much blood is pumped through the body; the plastinated veins, arteries and capillaries which thread their way through the body could, if stretched out, wrap twice around the earth etc..

Another feature of the exhibition which worked really well was that it was broken up into sections, but also the fact that anatomical structures are very closely related to behaviours; not only in regards to how you fuel your body and the fact that the food that you eat and what you drink can have profound effects on your organs and blood vessels etc but also how your state of mind and the pressures and rigours of life can also have negative (or positive) outcomes on your body. 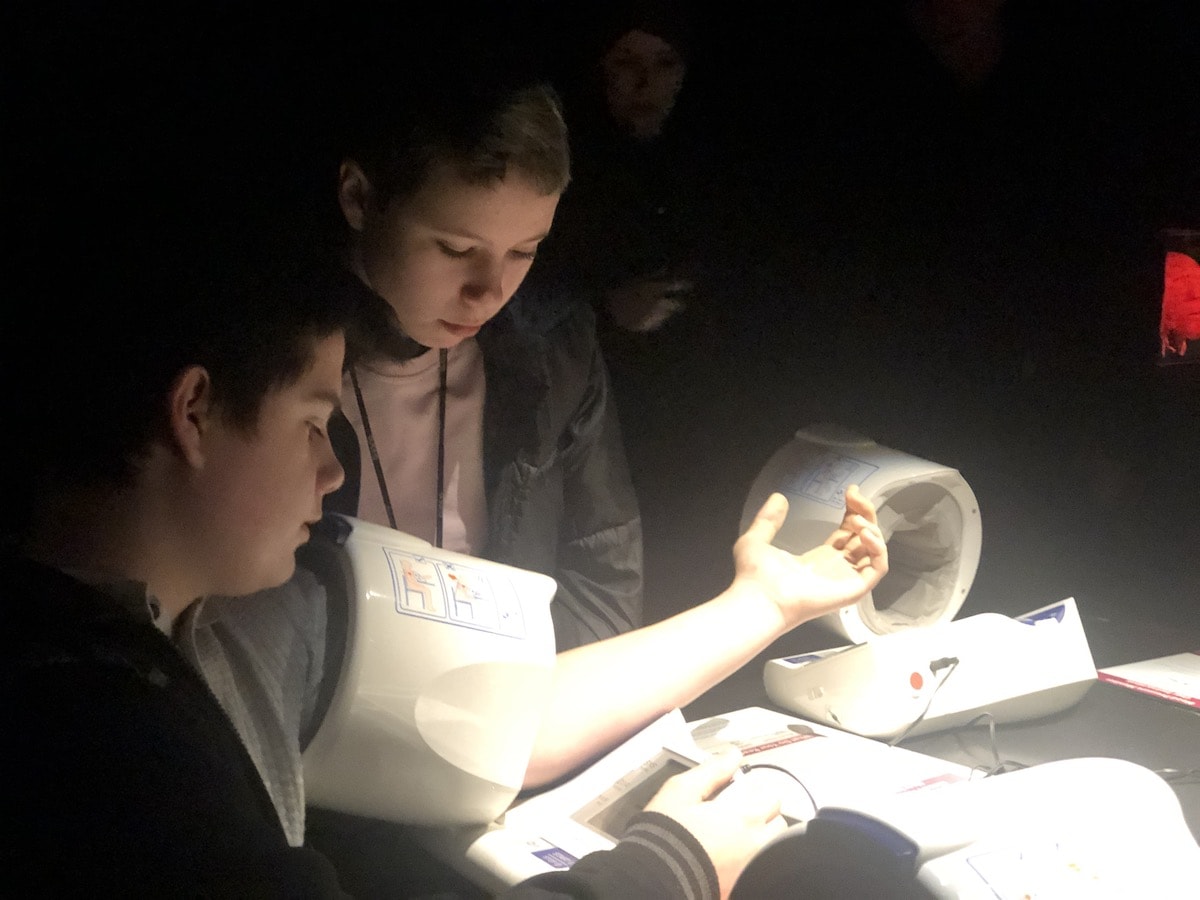 Each body human body is donated voluntarily and takes something like 1,500 man hours of preparation in order to be used in the exhibition. A word that I mentioned earlier (and which probably needs explanation) is plastination; this is a process that Dr Von Hagen came up with himself in which the fat and water from a tissue sample are replaced by a silicone rubber; this stops the specimen rotting and yet retains much of what it would have looked like in life.

The bodies themselves are arranged almost like art exhibitions, sometimes holding poses from real life to showcase how muscles work when being used or sometimes in improbable contortions to highlight the mechanical operations that the body completes when alive.

As the tour came to an end, after we had followed the exhibition over three floors and considered some of the most important functions of the body (including the sexual function- which has a 16 and above recommendation and which is slightly of the beaten track from the rest of the exhibition), there is a video showing how the bodies are prepared. 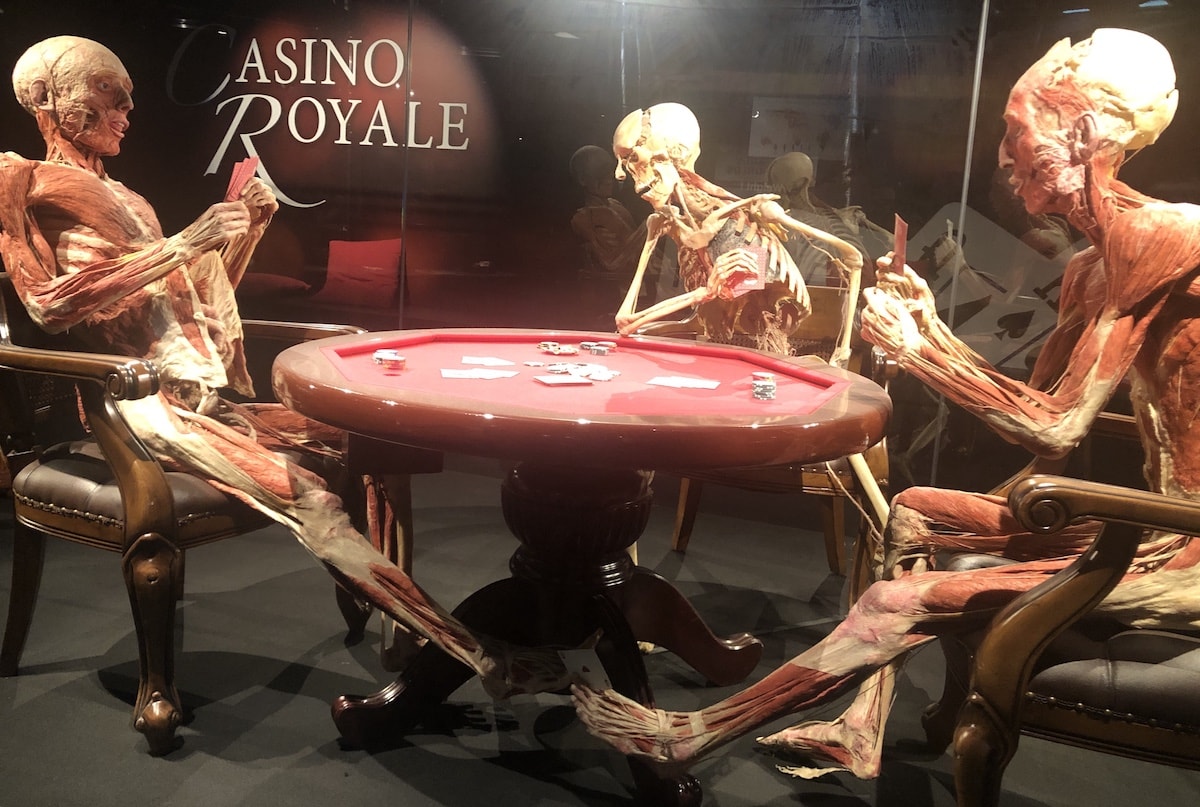 All around the area, however, and this is something that really sticks with me, were images of older people from around the world and a short bio of what they do and how that helps them lead a full life despite their age. I found it really inspiring and helped to cement lots of the facts and figures that I had soaked up over the course of the tour.

I have subsequently read that many people make changes to their lifestyles after having visited Body Worlds and I could definitely see that; there’s something about seeing the human body, your body, laid out in front of you to make you think about the decisions that you make regarding it and keeping it healthy. I had already pre-made some resolutions for 2020 and Body Worlds London only served to strengthen my resolve to put down the cake and be a lot more active….well after January 1st had come and gone in any case.

So if I've piqued your interest for checking out the attraction for yourself, here's a few other facts you might find interesting:

Disclaimer: I was offered complimentary tickets to check out Body Worlds in return for an honest opinion about the attraction.

It was perfect the first time. This is very really unique helpful information. I learn so much from you as well! Keep it up.
Ghulam Mohyudin recently posted…How to make Ice Cream

I so want to visit here – and your review has completely reassured me! I did try to visit back in 2004 but circumstances (and I think it might have moved from London or something) prevented us. But it’s now back on my radar. I’m thinking this one might just be a visit for me and my husband or do you think I’m wrong on this and children under 10 could visit?

Thanks Alex – I think the kids would find it interesting as well as there are plenty of interactive displays to keep them entertained, but of course if they are squeamish, maybe check it out first!

Oh Lauretta this would fascinate me too! I remember the original outcry back in 2002. I personally do not see the problem as the bodies are donated. I know my eldest went to this when he was studying for his Personal Trainer qualification. He loved it!

Yes – my thoughts too Kerry. In fact, I wondered how people added themselves to the donor list – maybe it was like a donor card or something? It was fascinating to see real bodies up close – it’s only inspired my love for the human body and how we work even more. Perhaps I should have been a doctor!