Home Lifestyle Traffic wardens above the law – is this right?
LifestyleMini Rants

Traffic wardens above the law – is this right?

I was left feeling rather annoyed a couple of days ago. And it’s all because of a couple of parking wardens.

This isn’t because I got a ticket (I didn’t); it was because these particular wardens let a bit of power go to their head and decided it was fair to pick on the vulnerable.

So I was just returning home from the school run, ready to get started with my working day. As I turned into my road, I noticed an AA van parked opposite my house. 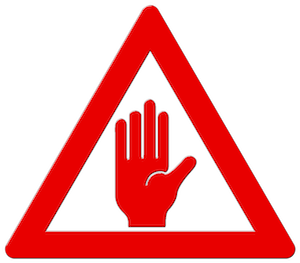 A car had broken down and the AA were assisting. The two men were there for a short while before the AA van drove off with both of them inside, leaving the broken down car at the roadside – in a permit parking bay.

Within a matter of minutes a car pulled up a little way in front of the broken down car and a traffic warden jumped out.

I watched closely. The warden made her way over to the broken down car.

Is what I think might happen just about to happen? I wondered….surely not?

And sure enough, out came her camera and the penalty notice. My instincts took over. I ran out of the house and called to her from the other side of the road.

“Excuse me”. She looked over and looked away, as if she knew what I was going to say.

I called again. “Excuse me…I watched the guy break down – the AA van was here.” She looked at me and didn’t say anything.

As I walked forward I saw that the car was actually jacked up and its wheel was missing. “Look! The car can’t move.” Still no response from her.

Now I was getting a bit cross. And then it dawned on me; she thinks I know him.

“Look, I don’t know the guy,” I tried explaining…” His car broke down and he went off with the AA van.”

“It doesn’t matter”, came the reply. “It still applies…” and she trailed off.

I felt anger starting to bubble inside. Despite not knowing the guy who had broken down, I couldn’t help but feel sorry for him – talk about kicking a dog when it’s down.

And this warden seemed to have a bad attitude, choosing not to engage me in conversation or explain that she was entitled to do what she was doing.

I don’t know the law on this, but had she explained that she was within her right to issue a notice, I would have left it alone, but her silence seemed suspicious – and the whole situation seemed so unfair.

I mean, would she rather the guy drive a car that was un-roadworthy and risk an accident happening?

He had done the right thing when his car broke down, pulling over somewhere safe and attending to it.

But then something very interesting happened when I turned around to walk back into the house….

I saw that she had parked half in a bay and half on double yellow lines. Yes, she had parked illegally! A situation that I felt was wrong suddenly became really wrong.

Are they allowed to park illegally to dish out tickets? I didn’t know at that point; in fact, I still don’t know for sure now.

But for whatever reason, I felt the urge to stick up for this guy on his behalf – he wasn’t around to fight his corner, and although work was beckoning, I wanted to see this through.

When they left, I went back outside to leave a note on the guy’s car that read: ‘I saw the wardens leave a ticket on your car please call me! And I went back to work.

Ten minutes later, the AA van returned and within a couple of minutes my phone was ringing.

I told him I was coming out to talk to him. When we met I explained to him and the AA man what I’d seen and the photographic evidence I had.

The AA man said that he didn't think they were allowed to give tickets to broken down cars.

I also told him that I think he should appeal and that I was happy to be his witness.

The owner of the vehicle was very grateful I was offering my help and I took his email address to send him the pictures.

I felt good; I had done a good deed of the day and it was a great feel-good factor.

But that’s not the end of the story. And you are not going to believe what happened next.

A few hours passed and I saw the traffic warden walking past the house again.

It was the same wardens, but this time, the female warden remained in the car and the man got out.

Now here’s the unbelievable bit. They walked towards a car that was parked in EXACTLY the same place where they had parked earlier and started the penalty notice process. I couldn’t believe it. 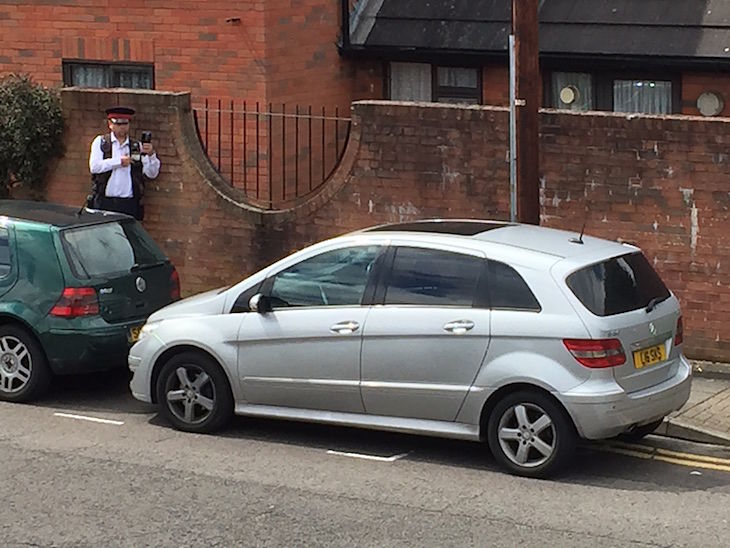 The traffic wardens return – this time giving a ticket to a car which parked in exactly the same place as they did hours earlier!

And what’s even worse – they had parked in EXACTLY the same place where the broken down car had been parked – which they had earlier issued with a penalty notice!

So again, they broke the law twice themselves that day, just to dish out penalty notices and get their commission. 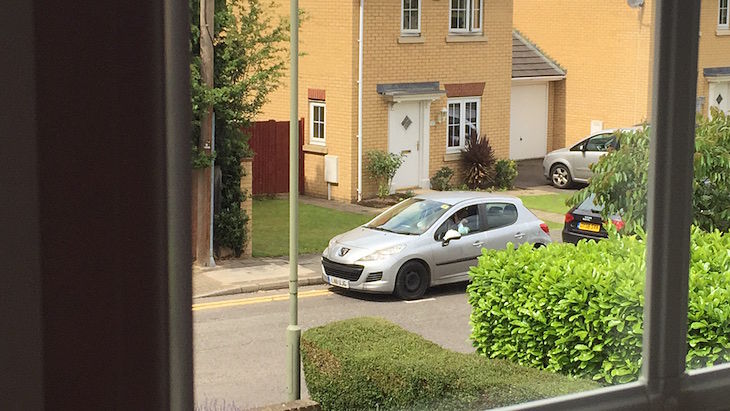 And the parking wardens are back – this time parking in EXACTLY the same place as the broken down car they had ticketed just hours earlier!

They’re not exactly setting the right example are they? I must point out here that the parking restrictions applied in both cases – i.e. the restrictions were in full force at both times meaning that they were in fact parked illegally.

Meanwhile, the guy who initially broke down sent me an email to thank me for making his appeal a lot easier. He’s going to let me know if his appeal is successful, so I’ll keep you posted.

Just because parking wardens have the power to assert the law doesn’t mean they can break the law themselves.

To be perfectly honest, I have nothing against traffic wardens whatsoever; every one has a job to do and on the whole wardens keep our streets safe and clear.

However, when I see them pulling low level stunts like this, it makes me wonder if those people who say they hate traffic wardens have witnessed something similar to what I’ve seen…

Let me know if you think they were wrong – or do they have a right to break the law themselves? And what about giving penalty notices to broken down cars – right or wrong?