First of all there was VIP's birthday, then I had a mega work do to attend and the mag to sort out and then my little girl (aka Girlwrighter) hit the double digits for her 10th Birthday.

As she loves animals, we had a lovely surprise for her – a pair of rabbits! Here's the picture of her receiving them, but the video is even better – you should watch it!

I also got ill the last two weeks of this month with flu like symptoms, plus I had a few aches and pains going on, namely a trapped nerve in my shoulder, a swollen ankle and a really bad back.

This is unusual for me, so I suspect it’s stress manifesting itself physically. Luckily, most of my aches and pains have cleared up, but a few other personal things have put a bit of a dampener on this month – what's the saying..? It never rains, it pours… certainly true in my case. Here's hoping things start looking up for October!

I'd had a couple of mini collabs this month. I call them ‘mini' as I haven't ended up writing a whole blog post on them, but I did promote them either via on the blog, via my newsletter or on social media.

One of them was from Sugru, which has recently launched mouldable glue. It's a new formula that's basically similar to the Original Sugru but a little more skin friendly, so kids from eight years old can use it unsupervised and adults can get stuck into more hands on projects – more often.

It's reassuring to know that it's safe for kids to use, so I was keen to try it out. What I love about the product is that it's so versatile – and its uses are only limited by your imagination. If you do get your mitts on some though – and you need a bit of inspiration, you can check out the website which offers a range of ideas to try.

Another mini collaboration was with Bacofoil, which has just launched its new non-stick baking paper. Sadly I couldn't make the event for bloggers, but the lovely PR team sent me a goodie box with some homemade cookies and some information on the new launch. You can pick it up from major retails for less than £3.

While having a browse on eBay I spotted this cute Little Miss Blogger mug. What a nice gift for a fellow blogger – DM me for my address if you're feeling generous! 😉

I've had a few sponsored posts this month and have managed to earn myself a few hundred quid – probably the highest amount since I’ve started blogging.

First up was writing about one-of-a-kind kitchens (and making the right type of choices when choosing a new kitchen), in partnership with Superior Stone and Cabinet.

I also did a review on FotoJet’s Premium Package – it’s very similar to Canva, which I know a lot of bloggers use to create nice images, especially for social media, and it offers plenty of templates, lovely fonts and images.

Next up, James Villa Holidays got in touch to ask if I'd like to write about one of its featured destinations. These are always my favourite type of collaborations, as they allow me free reign to write about what I like.

I chose write about Cyprus – a destination I've visited three times now; once as a couple, once on a girly holiday and finally as a family. It was fun reminiscing about my holidays on the small island – and one day I hope to return. I might bump into Peter Andre out there – now that would be something!

Another fun post to write was Things To Consider When Going Skiing. I have fond memories of skiing from a press trip I went on with Cosmos Holidays a few years ago, but my annual family holidays as a kid have helped prepare me the most for what to take when hitting the pistes – have a read for yourself!

Another fun collaboration was with Premier Bathrooms. Again, it was a post where I could write about wherever I wanted, so I chose to post about my new ensuite bathroom. Truth is, it's not quite finished yet, but I'm more than thrilled with the result so far – here's a sneak peek!

I hibernated for most of this month, purely because the weather turned cold (I’m a summer girl) and as I’ve mentioned, I fell ill.

I did manage to get out to the NEXT Bloggers Networking Event though – and I'm glad I did. It was held at the very trendy Ace Hotel in Shoreditch and I rocked on up with my gorgeous friend and fellow blogger, Kerry from Kerry, Lives and Loves. 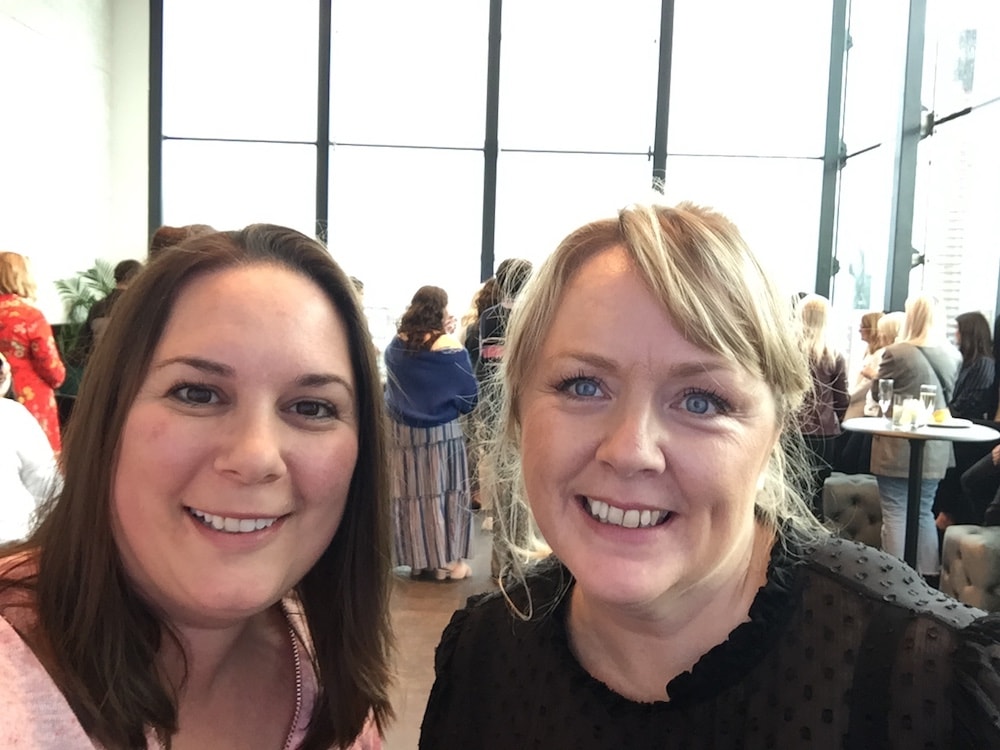 We got our nails painted at the event (which was such a boon for me as I never pamper myself) and also listened to a great panel talk from digital influencers Niomi Smart, Lily Pebbles, Anna from The Anna Edit and Chloé Watts from Chloedigital, which was really insightful. A great afternoon well spent!

By the time this goes live I'll be over at the BritMums' 17 Live conference – and I'm really excited to learn some fantastic tips and tricks. I'll report back in my October round-up.

In the charts (HIBS)

I had a small move on the HIBS platform, moving just two spaces up, but it's better than no move at all – or worse still, a move in the other direction!

Well, I didn’t make the shortlist for the Amara Interior Blog Awards. I was up for Best Interior Lifestyle Blog and I just didn't cut the mustard.

But not to sound sour, it's onwards and upwards and I'll take the knock with a tiny pinch of salt.

On the upside, I’ll be in the lovely city of Hamburg when the awards take place, so I'll be making the most of that.

Money.co.uk got in touch to ask if I’d like to help with putting together a video on travel tips and hacks – I was delighted to be asked – and the first video (there’s more to come) has gone live – and here it is!

I also shared some thoughts on the future of wearable #technology in this interesting report from Reckless Agency.

Finally, I featured in DotComGiftShop’s ‘Favourite bloggers’ newsletter – in a piece I wrote about the different interior styles, which you can read here. 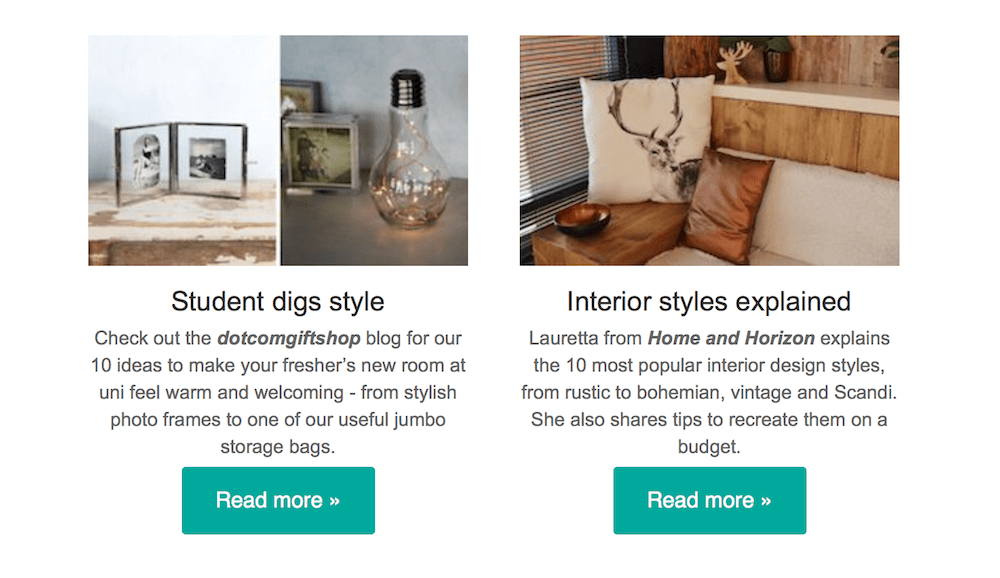 Yay! Last month I mentioned that my goal for my YouTube channel was to have a new introduction – and now I do!

You can check it out by watching any of my latest videos. The great news was that I got it made on Fiverr. Okay, it wasn’t quite £5 –  it was £11, but I think it's awesome value for money. I also managed to get Girlwrighter a new introduction which you’ll be able to watch on her latest video.

Talking of vlogging, I’m loving the Traverse YouTube channel – if you haven’t seen it yet, take a look as Michael Ball and Paul Dow from Traverse interview new people who offer advice to digital influencers – I’m a big fan.

Their latest video was with Paul Nelson from World Travel Market (which takes place at ExCel in November) – who spoke about how influencers can make the most out of the event. I submitted a question prior to the recording and was thrilled to see it answered – have a watch!

What was great?  FINALLY getting my YouTube intro done!

What wasn’t? Being ill (anyone would think I had man flu!)

Goals for October: Get healthy and focus on more engagement.

What a great month you had! I hope you have a healthy October! Kaz x

Ah thank you lovely – apart from my back, everything else is on the mend. I’m booked in for physio so hopefully that will sort it out! x

So sorry to hear you’ve been ill. I know from personal experience that it never rains but it pours health-wise, and it can really set you back. Although, it seems like you still managed to get an epic amount done, as ever. You really are Wonder Woman!!

Bless you Cal! But no, I only wish I was Wonder Woman! x

I have that mug! It’s great. I got my son to buy it for me for Christmas. I need to get a Youtube channel

I want that mug…I need that mug!

I love that Little Miss Blogger Mug I need that one in my life, loving your travel tips video
Anosa recently posted…Local Adventure: Basildon Park #localtourist

Thanks very much Anosa!

That little miss blogger mug is amazing! what a great find. How cute about the rabbit surprise for your daughter. Sorry to hear you were unwell x

I need that little Miss Blogger Mug. I managed to make my own youtube intro but think I need a new one

i need that mug too! I might ask for it for Crimbo! 😉

Sounds like a great month and some awesome collaborations. The next event sounds like great fun x

Yes it was fun – and BritMums was Amazing! Definitely worth it…

Wow what a busy month! I love that mug I have one as hubby got it me from truffle shuffle its my mug for drinking while I blog.
Joanna recently posted…Living Arrows 40/52

I love the fact that you have a mug for when you blog – I’m going to nick that idea for myself! 😉

Crikey you have had a busy month. It’s great when the peaks and troughs of blogging and life coincide.

Oh definitely – quite rare for me though! 🙂

Sounds like you had a great month! I was also at the Next Blogger’s Network, what a fab event that was! x

Ah that’s super Stephanie and great you enjoyed it too – shame I didn’t get to meet you…or did I?! 😉