I can’t quite believe how fast 2018 has gone – I’ve resigned myself to expecting time to speed up the older I get, but wow – this year has really flown!

In fact, it was so full on and varied that I decided to write a 50 Amazing Things That Happened To Me In 2018 (coming soon) – just so that I could look back and see my journey in 2018!

And wrapping up 2018 is my December Favourite Finds. I have to say, since I started the monthly ‘Favourites’ article, I’ve started to pay more attention to things and I’m definitely a lot more open to new ideas, experiences and concepts.

My willingness to try new things in the name of research (to get some inspiration for this post!) has come on leaps and bounds this year – and my December Favourite Finds is no exception….read on!

The joy of Jolen

I’ll never forget the day my son told me I had a ‘tash in front of one of the school mums. I think I had made a comment to him about his scruffy hair and he had retaliated with, “Yeah, well at least I don’t have a tash!”

My friend averted her eyes and pretended she hadn’t heard, while I just tried to make a joke whilst giving my son one of those “Don’t you dare start” looks. I thought he was just trying to show off, but on closer inspection in front of a magnifying mirror later, I realised he had a point.

Being half Turkish hasn’t done me any favours in terms of being able to conceal my dark hair on my (much) paler skin. And why is it that the older I get, the more hirsute I become?! Grrrrr.

Anyway, for those of you in the same boat, you might want to give Jolen Creme Bleach a go. I needed something for ‘the tash’, and without wanting to revert to waxing or threading, this seemed like the best choice as it claims to lighten dark hair.

So I tried it. It was easy to use – you just mix the cream with the powder, apply to the area and wait around 8 minutes.

And I was pleasantly surprised to see that it worked a treat. Now my hairs are much less noticeable, I’m more confident and I don’t have to try and prune myself in the mirror every morning!

A little while ago I came across Wilko’s collapsible washing up bowl, which I thought was ingenious – especially for the very affordable price of £5.

Turns out Wilko has launched a selection of smart storage for kitchens and bathrooms and once I noticed it – I couldn’t stop noticing all the collapsible space saving storage stuff out there.

But I love my washing-up bowl come foot soaker! And the fact that I can store it much more easily means that it’s a real win-win. 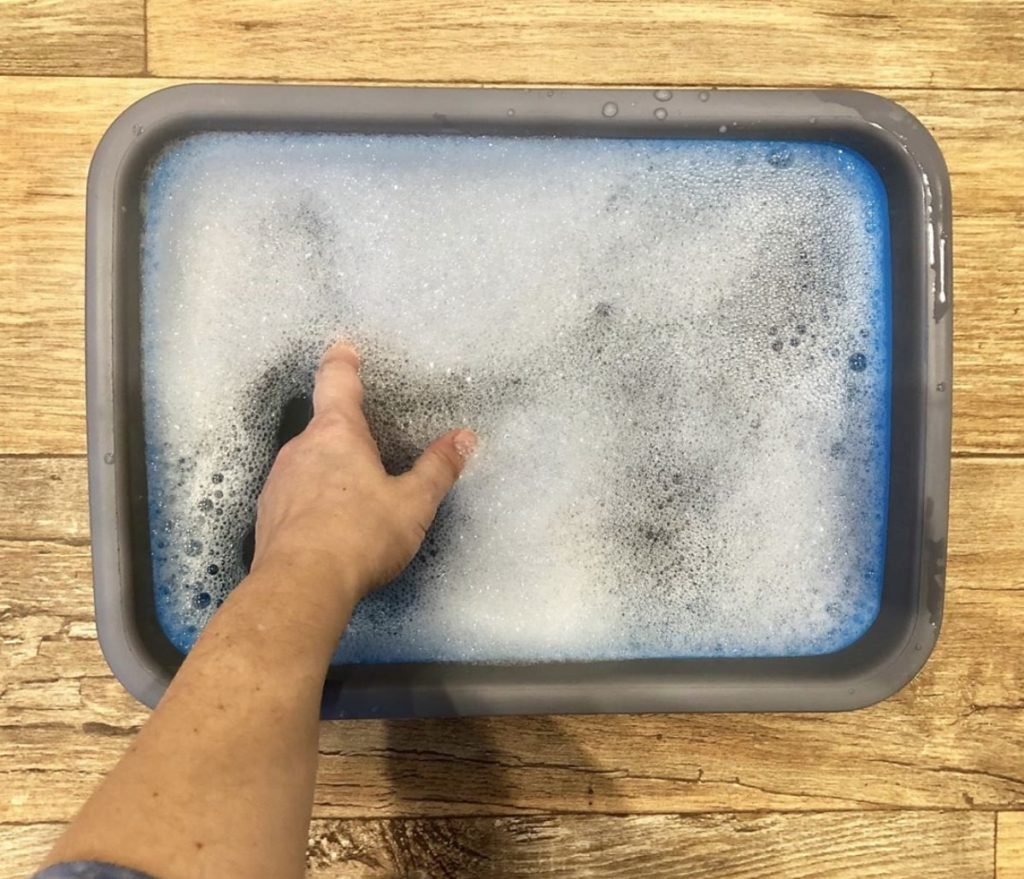 Power to the people

As I’m never without my iPhone, I’m actually never without a powerbank. Going below 50% on my mobile brings me out in a hot sweat (sad but true).

So I was really chuffed that ttec let me try out their new Powerstones Trio. It’s something I mentioned on my post A Blogger’s Christmas Wish-List and having now used it for a few weeks, I’m still a huge fan.

I love the fact that it’s wireless charging (who can be bothered fiddling with cables) and I also love that I now have a back-up charger to go to when I forget to recharge the one I’ve been using, so I always feel I’m covered. If there’s one thing I’d be lost without – it’s my ‘back up’ power!

If you fancy getting one for yourself – it’s available on Amazon.

As you know I’m a HUGE interiors fan – and my home is a mix of décor themes, ranging from the fun, funky & fresh (my office) to a bit of a retro theme in the kitchen (kitchen post).

One brand that I’ve loved for many years now has been Rex London (formerly DotComGiftShop) – in fact, one year I got myself an amazing haul in their January sale (when it was known as DotComGiftShop!).

And let me tell you, they do amazing sales where you can get cool items (designed by them in-house) for a fraction of the price they’d usually cost. My mum and I are always comparing our favourite finds when Rex London launch their sale (which is on right now!)

Have a look at everything I ended up getting – and how much money I saved! 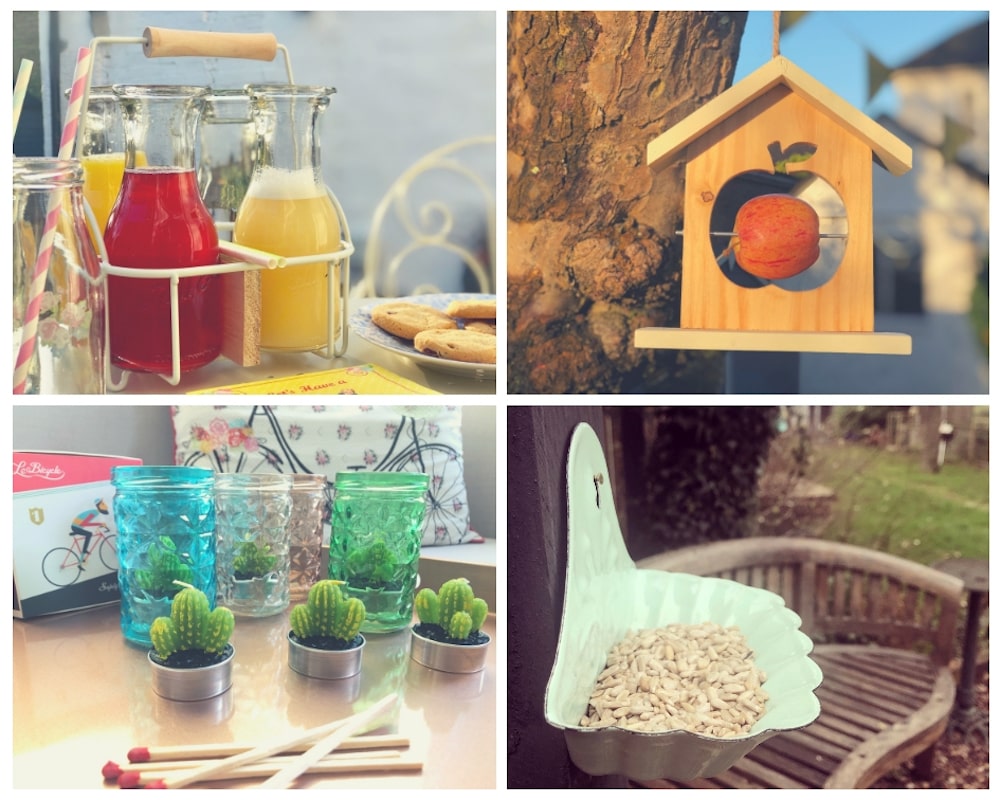 Being thrifty, you know that the best thing about the end of December (and January) is the sale shopping.

So far, I’ve spent money on a new heater, some bits and pieces from Rex London’s sale (which is always amazing!) and some makeup.

And as I write this I’m looking forward to heading to TKMAXX to see what they have in store as I got some vouchers for Christmas!

TV and Movies over Christmas & The New Year

I don’t know about you, but when Christmas is fast approaching I get the TV mag and I go through it with a fine tooth comb, searching for great movies to record or TV shows I know I’ll like.

So far, we’ve watched loads of programmes – Strictly and Michael McIntyre on Christmas Day, as well as loads of films (a good one on Netflix right now is Bird Box) and we’ve just started on a new Netflix series called ‘You’ (suggested by my mate Kerry).

Oh, and for those Luther fans – you’ll be pleased to hear he’s back in the New Year!

Other 2019 programmes I’m really looking forward to include…Stranger Things 3 (in the summer), Ozark Season 3 (in autumn) and Homeland (season 8).

Plus there’s a new series on YouTube …the Karate Kid, starring some of the same actors in the original film – how cool?! 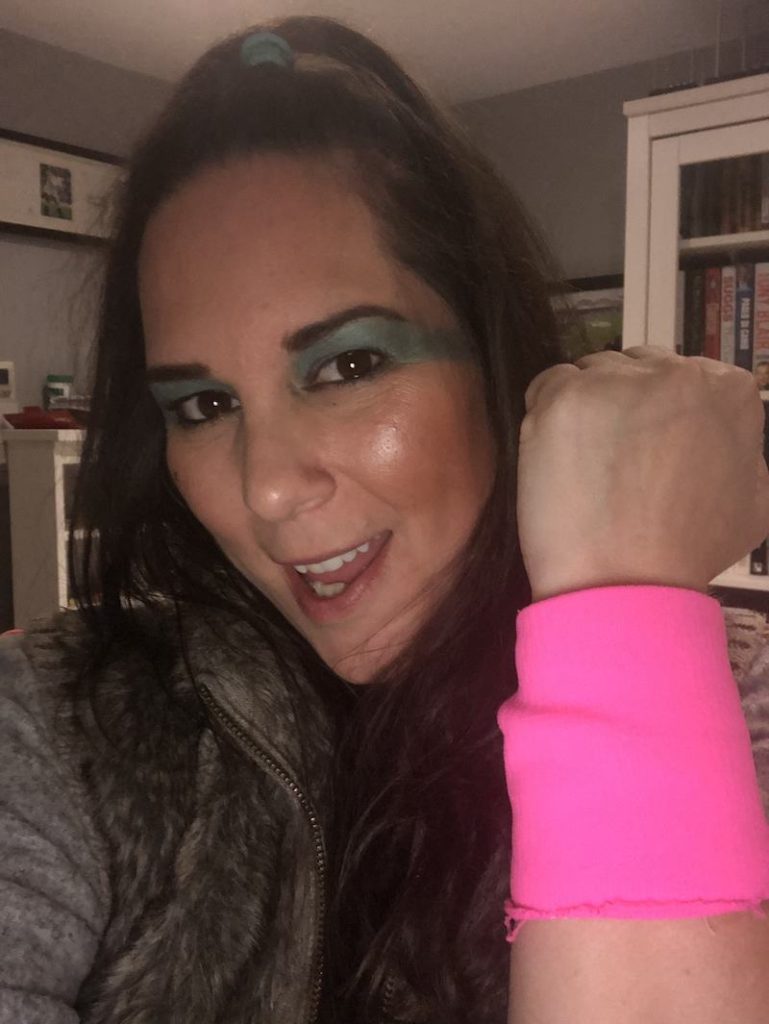 It’s not often I get the chance to dress up, so when my friend was hosting a surprise 50thbirthday party for her husband, the plan was to dress up in 80s gear!

As I love wearing my tracksuit (comfort over fashion people!), I decided to go as someone from FAME!

I loved wearing the bright colours and doing some bright, glam makeup. And listening to all those 80s songs at the party brought back some great memories of me growing up in ‘the good old days!’

If you’ve been following me on Instagram (and some of my stories), then you’ll know that as a family we love playing games.

We tend to play them on a Sunday night (we like to cheer ourselves up and ignore the Sunday Blues by having a ‘gaming hour’ on Sunday), but in the last few weeks, we’ve really upped the ante and we’ve been playing games a few times a week now.

My favourite game EVER is Balderdash – it comes out at Christmas, New Year, when friends come over…whenever we find an excuse to get it out.

But we’ve got so many kids games, that I thought it would be a nice idea to have at least one adult game, with no kids allowed.

Big Potato Games let me try out a game called ‘The Things Humans Search For’ as it caught my eye – and boy, do I love this game. Like Balderdash, it requires you to have a little imagination!

Basically, you’ve got to guess what humans have searched for online – and the nearer to guessing what the most research showed, the better. Weird, gross and funny examples include…

I’d forgotten how good it felt to play adult games like this – which we enjoyed with friends in the days counting down to the New Year.

I have a feeling that this game will be coming out a few times in 2019 when friends come over.

What have you been enjoying this month – I’d love to know!

A Pin For Your Ideas Board 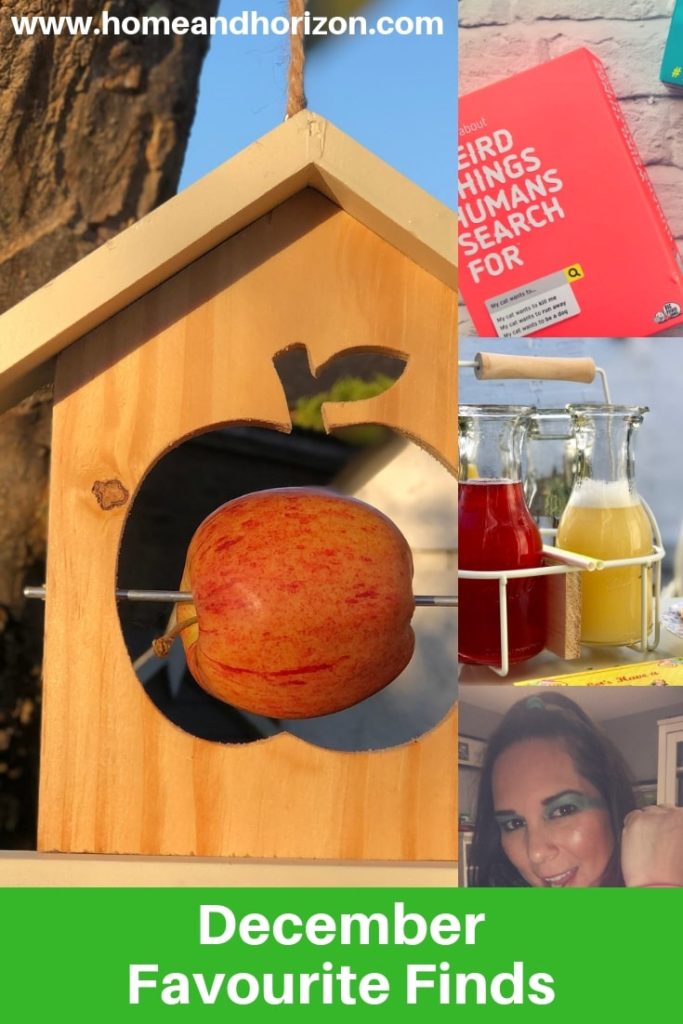 I loved reading this article. It was very interesting.

Thanks Christina! That’s very kind of you.

i like the tealight holders, i got some similar to that in the sale that was shaped as pineapples and now use them as cocktail jars xD

Ooh I like the fact that you’ve repurposed them – what a fab idea! I need to take inspiration from your imagination! 🙂

I love the Retro Bird feeders, I’ll have to get some of these, they’ll make great gifts throughout the year

I love all the retro stuff Lauretta and you definitely rocked that 80’s look! I think I’ve listened to something very similar to the what humans search for game on Radio 1 and it always has me in fits of giggles! x

Thanks much Alex – that’s very kind! And yes…they’ve got some great games out at the mo haven’t they? Happy New Year to you!x

I am loving anything and everything collapsable too and have the kitchen sink dish one too.

They’re great aren’t they Anosa? They should have been invented years ago!

It has been a great month. We were busy getting ready for Christmas and now we are just relaxing and looking forward to the new year.
fashionandstylepolice recently posted…Laser vs Waxing

OMG I can’t believe your son said that! I remember my sister using Jolen. I love Wilko products and the help for small kitchens sounds fab
loopyloulaura recently posted…#Blogmas18 day 28: elf on the shelf round up

Yes I know – how cheeky was it of him?!! He got his comeuppance though ha ha! xx