I'm not alone when I say that child-free travel should be introduced on national/international rail and adult-only sections on planes. There I said it. I’m a mother of two and I don’t like travelling with or near kids – and that usually includes my own.

I’ve always believed this, but having recently taking a city break with VIP – and having had to ‘put up’ with travelling next to kids on both the outbound and inbound journeys – I firmly stand by this statement.

So what happened? Well, doesn't something different happen on every journey that involves kids? And none of it is usually positive.

We left the kids at home and took a city break to Paris, followed by a two-night trip to Bordeaux. There was a reason we left the kids at home; we wanted to experience a peaceful, enjoyable journey (and holiday), without the need to apologise for our offspring every few minutes and ending up more stressed coming back than we were when we left.

My most recent experience

Taking just one example, on the journey with SNCF (from Paris to Bordeaux) – and despite the fact that we were travelling in First Class – there were these two kids in the seats in front of us who, for most part of the journey, enjoyed the novelty of playing with the automatic levers to raise and lower their seats.

Given that it was a three-hour-plus journey – and that every time they lowered their seats it would move my MacBook that I was working on, I found this highly irritating.

Even more annoying was the fact that their parents ignored them – one of them fell asleep and the other one had their nose stuck in a book. These kids were about 4 and 6 years old so they really needed constant supervision with pockets of entertaining thrown in for good measure.

And the icing on the cake? It didn’t occur to VIP to say something to them in French asking them to stop; he’s a French teacher after all. To say I arrived in Bordeaux in a foul mood is an understatement. In fact, the more irritated I became, the more amusing VIP found it. He wasn't my VIP that day, that's for sure.

Kids are too nosey, too noisy, too demanding, talk constantly, play loudly, ask irrelevant questions and are generally bloody annoying.

And yet when I’m faced with these situations I find myself smiling sweetly and saying things ‘ah, how sweet’ and ‘aren’t they cute?’

Don’t get me wrong, I’m not a callous, heartless person. Ask any of my friends and they’ll tell you I’m firmly amongst the most caring, friendly and generous people they know.

And I do actually genuinely like babies and small kids. But when I book a child-free break to get away from my own kids, the last thing I want is to have to put up with other people’s.

And this is why I’d welcome the introduction of child-free carriages/public transport sections. And even though I’m known to be a thrifty spender, I’d happily pay more for the privilege.

According to a recent survey of 2,196 Brits by Jetcost.co.uk, I’m not alone, with one in seven of us believing that babies and toddlers shouldn’t even be allowed on planes.

In fact, babies and toddlers are the most disliked travel buddies, followed by 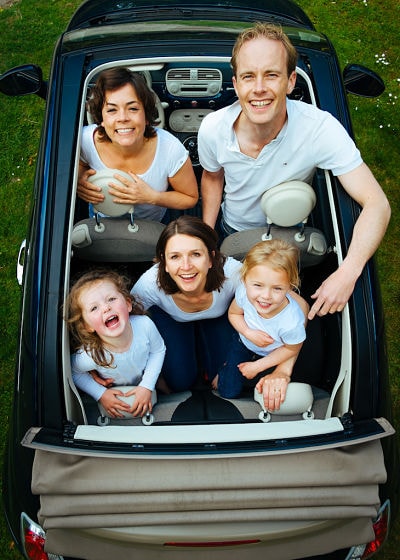 Is this ever a reality of family travel? Um, I think not.

The most popular responses given for disliking travelling with kids were ‘inconsolable crying’, temper tantrums and mischievous behaviour.

Although it’s highly unlikely that babies and toddlers would ever really be banned from travelling by plane, perhaps the concept of ‘adult-only’ sections on public transport would appeal?

Particularly when companies have the opportunity to capitalise on this demand and feature these ‘priority seats’ as an ‘add-on’ service. I’m pretty sure they’d see their profits rise considerably. 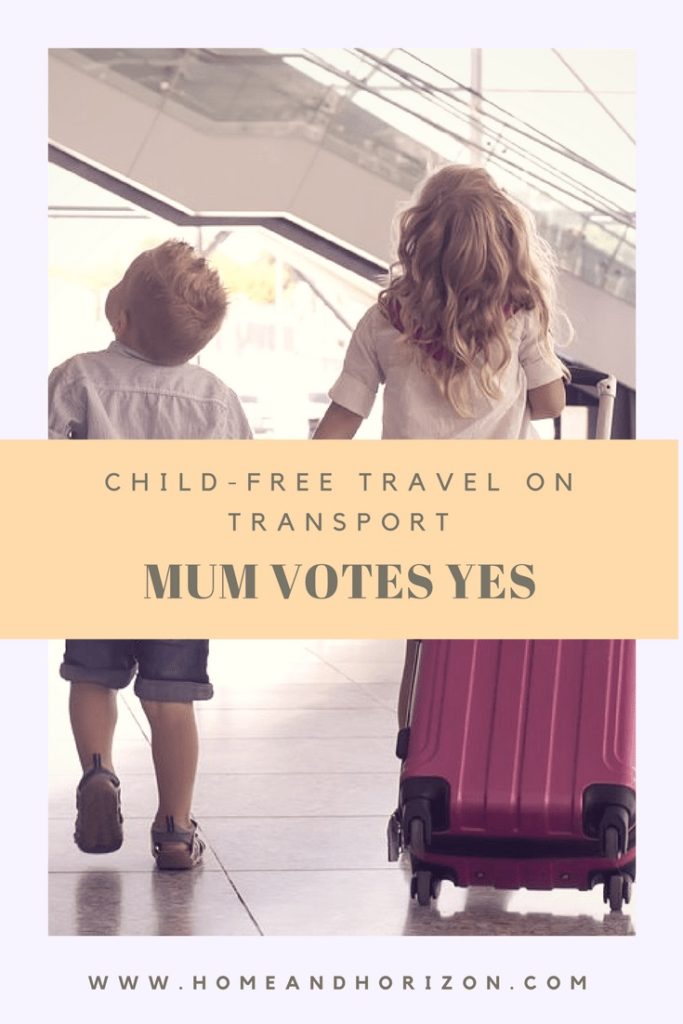 Oh no, I feel your pain! What a shame this happened on your lovely trip. I think it’s often the fault of the parents, not entertaining their kids or keeping them under control. I have to admit though, I’d quite like to escape from my own children as well as other people’s! Maybe a big, sound-proofed play area would be good!

Yes definitely agree parents have a major role to play – and I like the idea of a sound-proof area!

I would love it if they had noise proof creche areas on planes, trains etc. now that would be fabulous!!!!

Thank you! I, like Aurora, worried that being childless and enjoying vast tracts of child-free time meant that I shouldn’t be too fussy about coming into contact with kids when travelling, but it is a pain in the bum at times. I have been known to ask children to behave themselves when their parents aren’t bothering. Usually a stern look and a finger wag does it. They’re so shocked that someone who isn’t related to them is allowed to say anything to them. But I do also feel really sorry for mums and dads whose kids are playing up. I remember how difficult my little sister was as a baby when she wouldn’t get off the bus since she loved it so much. Screaming and tantrums a-go-go! Thankfully she’s now 28 and only her boyfriend has to put up with the tantrums, haha!

I often wish other people would tell off my kids to back me up on their behaviour – it’s tricky as some parents hate it but I most definitely welcome people telling them to behave for their parents!

Very interesting article. I have my own child, but when we were coming back from our half-term trip, I wished the baby behind us stopped crying, so I know where you are coming from!
http://lilinhaangel.com
Lilinha recently posted…Spooktacular and Convenient Halloweeen Kids Party Food

As a mum of five, I think child free travel is a great idea. For me, not having to worry about the children annoying other passengers would be a weight off my shoulders!!

Yes – there’s that as well which is always a worry when you’re a parent!

Reading this article was heart warming for me! Don’t get me wrong, I am really sorry you had to go through this during your VIP city-break. Still, not being a mum, I have been ALWAYS annoyed by the fact that EVERY single time I travel, there are babies around. Every single time I book a holiday it has to be like that. “Kids are too nosey, too noisy, too demanding, talk constantly, play loudly, ask irrelevant questions and are generally bloody annoying.” I thought I was heartless and mean, because I am not a mum and I don;t understand how it’s like. But yes, I would pay double the ticket just NOT to have kids next to me on any travel. very nice to see I am not the only one…

Thanks Aurora! I have to say I thought twice about posting this, feeling guilty about my feelings but then I thought ‘sod it’ – it’s how I feel!