With my mind preoccupied on a number of personal issues going on in my life at the moment, I’ve been a bit slack when it comes to experimenting with new products.

Having said that, I do have a few things to rave about this month, so all isn’t lost, although most of them centre around food and TV programmes that I’ve been enjoying!

While I’ve been a bit poorly recently, VIP has been spoiling me rotten. The other day he popped into Sainsbury’s and saw Lily O’Brien’s Creamy Caramel & Sea Salt chocolates and thought I’d like them.

He wasn’t wrong. OMG, these are just the nicest chocolates I’ve ever tasted – and dare I say it, even better than my favourite, Lindor!

So it makes sense that I feature them on my Favourite Finds for April! And no, I’m not in any sort of collaboration with Lily O’Brien – just giving credit where credit is due. 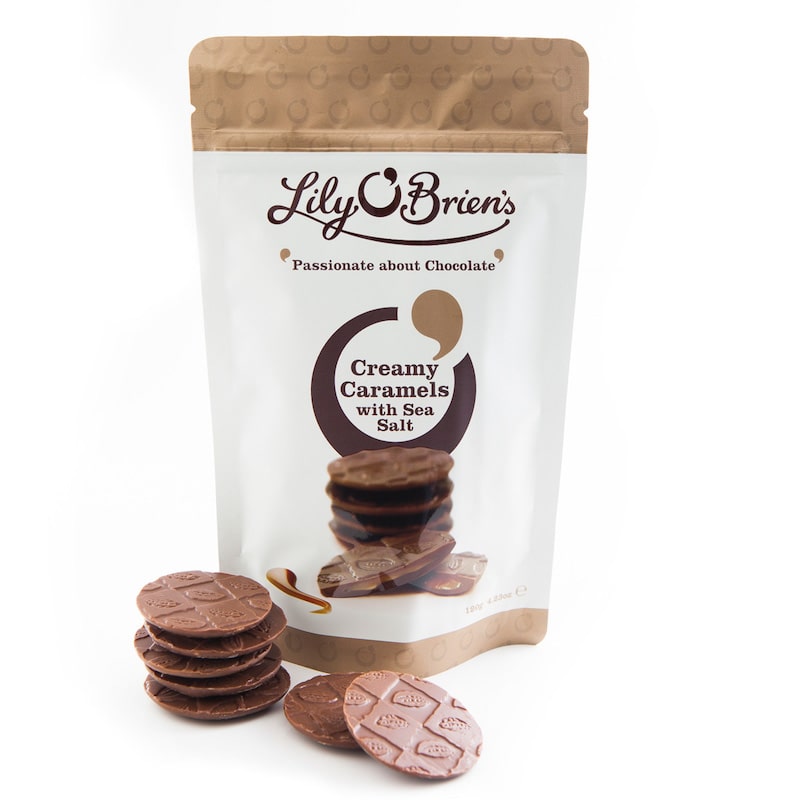 I’ve been loving catching up on some great TV programmes and Netflix including Baptiste, The Real Housewives of Cheshire and my fave right now – Line Of Duty. It’s gripping and I love it!

A friend recommended that I watch it, but I realised that I had missed four previous series, so VIP and I had to go right back to the beginning at series one and we’ve been binge watching most nights (well, until one of us falls asleep on the sofa!)

We also enjoyed The Victim and the usual Friday and Saturday night favourites – Gogglebox, Britain’s Got Talent (and BGMT!) etc..

Bin liners with a difference

I came across these innovative bin liners recently and thought I should mention them as it’s tough to get bin liners that fit most bins – until now!

They’re called Bacofoil Elasti-Fit bin liners and are available in 30L and 50L from Tesco, costing £2.45 for the pack of ten 50L liners. 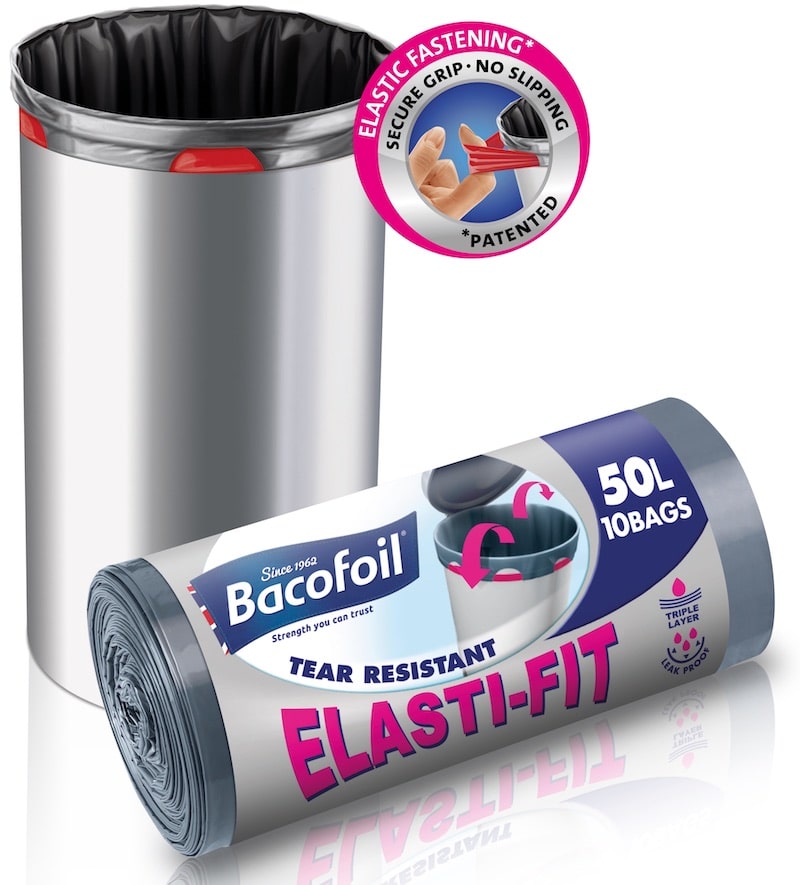 What’s great about them (I was sent a pack and enjoyed using them!) is that they have a built in elastic fastening system that fixes around the bin to stop any slipping. What I also found was that the thickness of the liners was great – meaning no tears or leaks – something that usually happens to me when I change the kitchen bin.

The people who designed it were spot on – the bags are sealed at the side rather than at the bottom to stop the bag from splitting under the weight of rubbish – genius!

I have to shout out about the new magazine I’ve launched for my local community. It’s going from strength to strength and people are giving us great feedback on both its design and its contents.

My business partner Nicky is an awesome designer and so creative, while I really enjoy writing the articles, particularly for the lifestyle section as I get to learn new things all the time.

It just means that I don’t have as much time to write loads of blog posts, but I’m aiming for two a month and if I do better than that and manage a weekly blog post, then even better.

People often ask me where do you start when you’re looking to launch a new magazine. I remember the very first thing I did was to start using Trello.

It’s free to sign up and it allows you to organize and prioritise your to-do list. So, after signing up to Trello we started making a list of all the things we’d need to do – the early stage things like decide on the pagination (roughly) the thickness (gsm) of the paper we wanted to use, if it would be gloss or a matt finish, the size of the actually magazine. 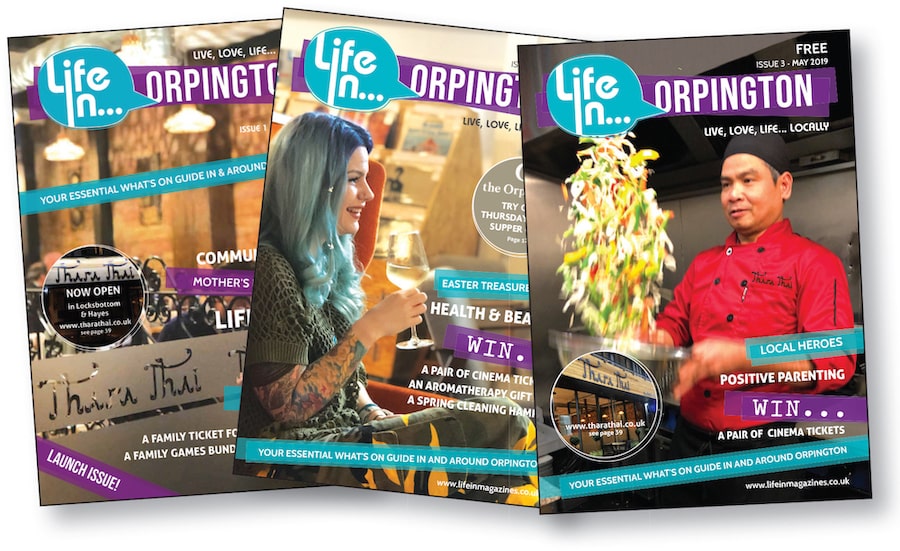 Then it was time to get quotes from printers and lead times on printing, before giving a short list of what we should be calling the magazine to friends, family and anyone else we came across!

Following that, we did the research to see if we could get all the social media channels with the same name, before purchasing a website and looking at the logo, our branding and colours.

There were other bits and pieces of course, but the last thing that was planned was what to include in the magazine. We knew that we wanted it to be a mix of community news, what’s on and lifestyle articles, but we wanted to appeal to a broad spectrum of people. So again, we turned to anyone we knew to ask for their input.

Yes, we’ve made a few mistakes along the way (including putting in the wrong email address on some of the pages in the first issue!), but it’s been a HUGE learning curve and we’re loving every second. I don’t regret it for one bit – especially when I see how much more income it’s bringing me.

As I mentioned, I haven’t been in the greatest health recently, which has prompted me to start a healthy eating regime, coupled with exercise and non-toxic cleaning products and creams for my skin. I’m calling it #CleanLiving and I’ve started a Highlights section on my Instagram channel highlighting my favourite products, as well as bargains that you can get.

For example, I popped into Lidl the other day who are selling Clean-ology – cleaning products that are non-toxic. And the great news is that each of the bottles is just £1.69!

One of the other things I’ve been using is Tropic Skincare (see the main image for this post for the products I've got), which is really trending at the moment. They contain no parabens – it’s all natural ingredients that have been sustainably sourced. And…the products smell divine!

They’re not the cheapest I admit, but knowing that they don’t contain any harmful chemicals, I’m prepared to dig a little deeper into my pockets to take care of myself.

As I move through my #CleanLiving journey I’ll keep an eye out for similar bargains and new things I’ve tried.

I’ve been lucky enough to enjoy a couple of shopping trips recently – one to TKMaxx which I vlogged about and, in the Easter holidays, VIP and I went to beautiful Rouen in France.

The three shops that I love shopping at are Carrefour, Maison du Monde and my favourite of all time – GiFi. I really wish they would bring a GiFi to the UK (they did it with Maisons du Monde!), but I think I might be holding my breath on that one.

On the plus side, I discovered that TK Maxx have a Home Clearance section on their website, which is a nice touch. Although maybe it would have been better had I not discovered that – I fear I’ll be browsing on there more than I should!

That about wraps up my April Favourites and Things I’ve Tried. What new things have you tried this month that you like?

A Pin For Your Ideas Board 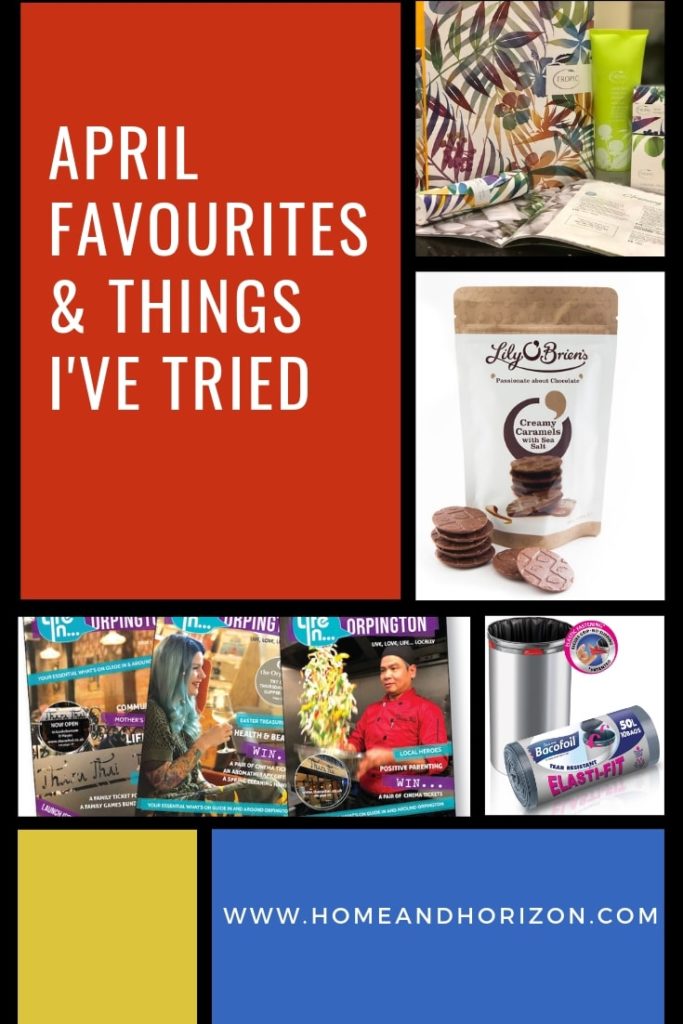 I love Tropic, I am an ambassador and am passionate about vegan beauty.

That’s fantastic Bex – I love the Tropic products – and as well as being 100% natural, they also smell divine.

Wow looks like you have had a busy April for sure. I am feeling the need for those bin liners for sure xx

I love innovative new products that come into store and seem to solve a problem for most people – that’s why I had to feature them and share news.

the chocolate sounds yum! and we actually started Line of Duty over the weekend how funny. we’re on season one but so far it’s super interesting x

Ooh I LOVE Lily O-briens chocolate, it’s one of my favourites! Im obsessed with Line of Duty too, Im so sad that its over!!

Ah me too Laura. I’m having withdrawal symptoms …we need another good series!

We loved Baptiste and Line of Duty, I really hope they both come back with a new series. I am loving the binliners (never thought that is something I would say haha) I am going to have to look out for these x

Thanks Samantha – I love how brands are making innovative products to make people’s lives easier – the bin liners are a great idea aren’t they? I’m also hoping Baptiste and Live of Duty come back soon!

Congrats on the new magazine,launching a new print zine in the age of digitial is rather refreshing and bold.
Of course getting those folks to advertise will be the biggest challenge but you’re of to a great start!

Thanks Patrick – I think reading materials – books, papers, mags are having a bit of a resurgence as people buck the trend for all things digital – I think it’s a case of too much screen time and people fall back on the comfort of something tangible. But for those who prefer the digital touch, we’ve also got a digital issue – nice to cater to different demands. And yes – it’s always going to be a challenge attracting advertisers – especially when we’re not natural salespeople!

Ah! We love Line of Duty – We binge-watched all the series and are all up to date now. Also, I have never seen them bin liners before but I was saying to my partner that I wish bin bags came like that about a week ago – Definitely going to go and try to find some!

Great to hear it Charli – you think of an idea and then it’s great when you realise it does exist somewhere and you can get your hands on it – good luck in finding it! 🙂

I saw loads of people on twitter talking about Line of Duty, so I thought I’d give series one on Netflix a go. A week later and I had finished all 5 series (oops!)

That’s very easily done – and binge watching is almost always better than having to wait a week in between episodes – I always forget what happened in the last one!

Ohh thanks for the tip. I might just have to watch The Bay! I love getting recommendations too – thanks!

I have thoroughly enjoyed reading this Lauretta! I can’t believe you & VIP have just started watching Line of Duty – my husband and I have just started watching the 1st series too, as it was recommended to him also. It’s great, isn’t it! Tropic is a fantastic skincare brand. I was introduced to By Sarah London at a wellbeing event recently; she created the range of skincare products as a result of her sister Lauren having leukaemia – I really recommend their facial oil. None of their products have any hidden ingredients. Massive congratulations on the magazine – it looks great! Hope you May is even better xx

Oh I’m loving Line of Duty Alex – we’ve caught up to series 5 now as we’ve been binge watching it most nights! i don’t know what I’ll do once it finishes…! I think I might get LOD withdrawal symptoms! ha ha. Yes, I love Tropic – really pleased that I discovered it and the smells are divine.