Home Horizon 20 hours in Paris and kid-free? I so need this.
HorizonIt's All About MeJust The Two Of UsLifestyleTravel ReviewsWhat I thought of...

20 hours in Paris and kid-free? I so need this.

So what’s a couple to do when they’re kid-free and have got just 20 hours in Paris? Well, actually just 11 hours when you take into account lost hours sleeping, eating, bathroom time, putting slap on face time…well, you get the gist.

First things first: Book the hotel! We opted to stay at the five-star Hotel Paris Bastille Boutet MGallery by Sofitel.

Two things. Well, three actually, 1. I like ‘luxury for less’ 2. I was travelling with VIP so I had to opt for five-star and 3. We were kid-free…so of course we were going to push the boat out. Duh.

The other thing that tempted me to the hotel (apart from its sexy sounding name) was the fact that it was once a chocolate factory. 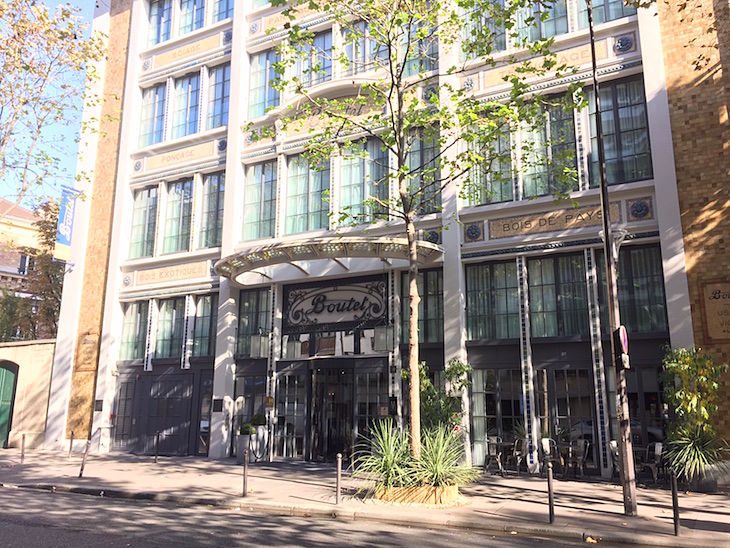 And, according to the hotel’s online description, it has retained much of its chocolate history theme. I interpreted this as the chance to partake in a tasting session. Well, we can but hope.

So on to actually getting there: we were booked on the 08.31 from St Pancras – to arrive in Paris at 12.08. Our plan was to dump our bags and head for the river.

So that’s what we did. What we didn’t factor into account was how long it would take to get to the hotel in the first place. With no map (and lack of in depth planning), we ended up spending about 40 minutes walking to our hotel – not great when you’re lumbered with two heavy bags.

On the flip side, it was great to see Paris on foot and get a bit of exercise at the same time. 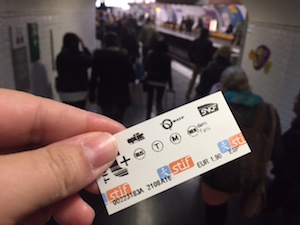 ticket. I was expecting something credit card sized but it was a tiny little stub – cute, but easy to lose.

The second thing I observed were the people; loads of them had dogs (usually dressed up in doggy coats) and they seemed to just make up their own rules as they went along; we had mopeds being driven down the pavement, no real order as to where stand on the escalators, graffiti being largely ignored (i.e. it was everywhere and people didn’t seem to mind it) and poo of the canine variety could be found on most streets. It felt like I was back in the playground playing hopscotch to avoid it.

Most of the buildings in Paris also appeared quite samey’; VIP told me Paris was rebuilt in the 18th century as a large-scale civil engineering project to rid the city of numerous problems, so most of the architecture, although very pretty with wooden shutters, is quite symmetrical.

After a quick check-in, we dumped our bags and set off again in search of the river. Well Île-de-la Cité to be specific, where we planned to pick up the Batobus which is a hop-on, hop-off river boat.

Our decision does have a logical thought process. Pretty much all cities that have a river running through them offer boat rides – and not just for the locals.

However, had I not had reason to moan about all the walking before, I could have been forgiven this time; 30 minutes of walking on an empty stomach and with no river in sight, I was hangry (angry through lack of food).

So we jumped into a taxi and VIP found himself engaged in political conversation about Brexit, instigated by yours truly.

My hidden agenda was to get VIP engaged in a deep and meaningful conversation so I could record it for my weekly vlog.

But the taxi driver was so fixated on offering his opinion on why Brexit was such a good thing for the Brits that VIP found it hard to get a word in edgeways.

Taxi man’s argument was that diversity among European countries is a good thing and that we should all have our own currency etc. I could see his point. I don’t think VIP agreed though.

We got dropped off at Île-de-la Louis as that was the ‘prettier of the two islands in Paris’ and I suddenly remembered why I liked it so much when we visited 12 years earlier; lots of independent shops selling either quirky homewares and gifts or cute little cafés and eateries, along with chocolate and ice-cream shops. 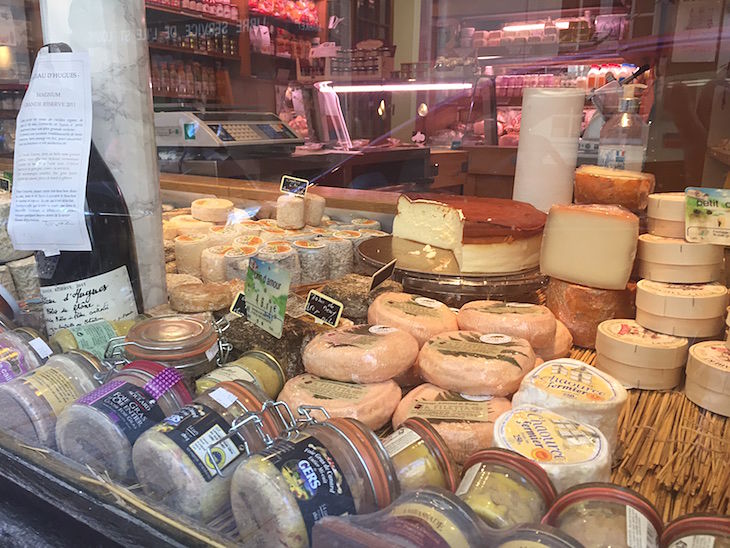 Forget the Seine cruise – I would have been in my element walking round this place all day – after eating of course.

We opted for a little café that sold crêpes and omelettes, and after cup of hot chocolate and a ham, mushroom and cheese omelette I was in a much better mood. 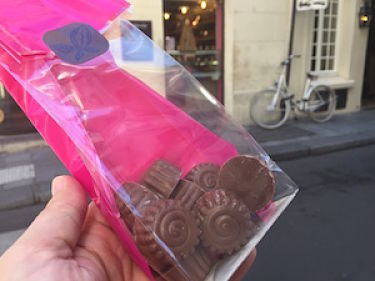 road. Five minutes later (and with one 100g bag of milk chocolates firmly in hand), we headed for Île-de-la Cité.

Our timing was impeccable. The boat was just pulling in so VIP jumped in the queue to pick up the tickets – 17 euros each. Pricey, but I guess for an almost two-hour river cruise, it wasn’t bad.

Although we didn’t stay on for the full ride, we got to take in most of the city sights including Notre Dame, Jardin des Plantes, l’Hôtel de Ville, the Louvre and the Eiffel Tower.

There were two reasons why we opted for Batobus 1. You could get on and off up to 9 different ‘stations’ along the Seine 2. I had a spa treatment booked back at the hotel at 5pm.

The race against the clock

By the time we disembarked, I had just 40 minutes until my pamper session, so we jumped on the Metro and made it just in time to grab a speedy drink from the hotel bar.

My leisurely (and what can only be described as a ‘divine’) spa treatment involved an hour-and-a-half of indulgent scrubbing and massaging with oil of organic cocoa.

It was the hotel’s Signature Treatment and it was the best thing that could have happened to me after getting up at 5.30am that morning and spending countless hours on my feet.

So of course, the treatment left me feeling so relaxed that I could have just been carried straight to my room to sleep for the night. But VIP was waiting for me and now he was the one who was hungry.

Whilst I had been in my comatose state, VIP had been sat in a Parisian pub reading his book and enjoying a couple of beers.

He had also taken the initiative to have a quick scout around the area to hunt for somewhere for us to eat dinner, and he discovered a Pizzeria just down the road.

It was a nice place (called Aqua e Farina)– and had more of a Parisian café feel rather than a restaurant. But I liked that; relaxed and laid back is what I prefer.

Service was quick and friendly and, following our pizzas (tuna, caramelised onions and mozzarella for VIP and mozzarella, speck – a cured ham – and rocket salad for me), we decided to push the boat out and have dessert – tiramisu and cheesecake – both homemade and both equally delicious. 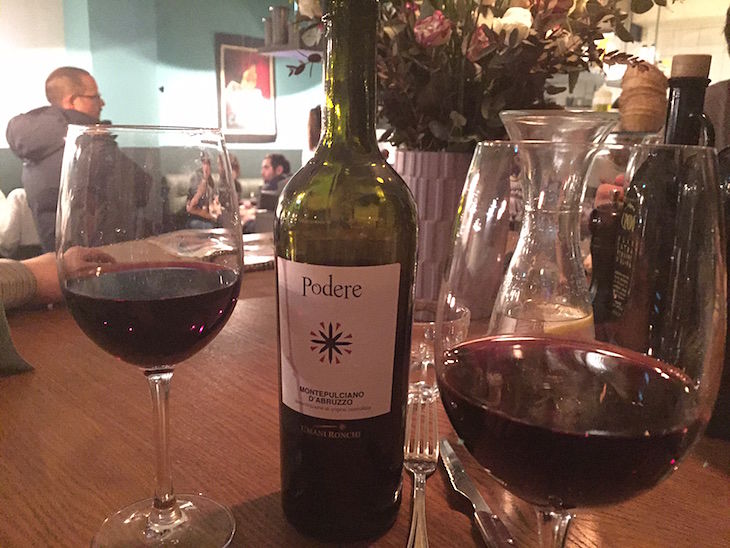 Great food, great wine & wonderful company – a lovely way to wrap up our day in Paris

We had a brief walk around the town before we crashed out in our room. The French version of Strictly Come Dancing was on the telly (called Danse avec les stars– or Dancing with the Stars), so even though I can’t speak French I enjoyed watching it.

The next morning the alarm went off at 6.50am and we showered and packed before heading to breakfast. VIP had previously read that the breakfast reviews at Bastille Sofitel Boutet were great – and I’d have to concur.

The choice of food – and taste – was amazing. If it weren’t for the fact that we had a train to catch to Bordeaux, I would have definitely capitalised more on breakfast and filling my belly.

But we certainly made the most of the little time we had in Paris; taking in the streets and Parisian characters on our self-guided walking tours, enjoying a five-star spa treatment (and hotel), relaxing on a cruise down the Seine, sampling French chocolate and enjoying cuisine in traditional style eateries.

And even though we came across some abrupt French characters (mostly those who worked on the Metro), would I have changed anything about our whistle-stop visit to Paris? That would have to be a ‘non’.

Watch the video: 20 hours in Paris!

Looks amazing, like the best 20 hours ever. Loved reading and seeing the pics.

Thanks very much Thena!

paris is always a great idea, i so want to visit soon after this post!

Glad to have inspired you Chichi!

The exact same thing happened to me during my first visit to Paris!! Never again – I now plan down to each step how to get from the train station to where I’m staying .. or just get an uber 😅 The rest of your trip sounds so lovely though! Glad you had a good time 🙂

Thanks Han – it was certainly a learning lesson! Planning is key isn’t it?

I used to live in Paris so this has brought back memories! I’ve never done it with kids though so I guess my Paris is always kid free xD

Might be worth doing Laura – I’ve taken my kids back to a couple of places that I visited before I had them and it’s different but still nice as you get to see the city through their eyes instead!

Oh it sounds fabulous! I haven’t been to Paris since having kids but it is a beautiful city.

it’s great Kate – the kids would probably enjoy it too – especially if you opt for a day at Disneyland!

I love Paris and have been three times in the last year and half and excited to be going back soon. I love walking most of it and taking the boat tour. You definitely made use of your 11 hours
Anosa recently posted…Style up The Idle Man in your Life

On foot is a great way to see the city for sure – and of course there’s something magical about seeing a city from the water.

Wow – you really crammed a lot into those 20 hours. Sounds like you had an amazing time. I’ve not been to Paris but I hear the chaos of mopeds being driven on pavements is part of the charm!

Charming until you’re nearly knocked down I guess, which fortunately didn’t happen to us. it’s crazy how different cities abide by different rules isn’t it?

Great post!! I love reading about how other people travel. You pushed a lot into that trip and your thought to book the spa treatment for the PM was brilliant!

Thanks Melissa – I certainly needed that spa treatment!

Sounds like you really made the most of your 20 hours in Paris! You managed to fit in a lot in the short amount of time you had. I can only imagine the ache in your feet.

May I ask what you thought of the wine you had with your pizza? (The wine in the photo)

Thanks Holly – well, I’m not a wine expert ….and with young kids I don’t tend to drink much (special occasions usually), but I really enjoyed the wine – it wasn’t too heavy and was quite fruity so suited my tastes…not sure if they sell it in the UK…I haven’t looked (yet!)