With the clocks finally springing forward, the days have started to get longer (and hopefully sunnier) and there’s new hope in the air.

I haven’t posted for a while, but that’s largely to do with some personal issues to sort out, which will become clear in due course.

I have to say though, despite it not being a great month on the blog, it's been a great month for other developments and making progress financially.

I said to VIP the other day that the only thing I regret is not leaving work to follow my own path much sooner. It's been a tremendous weight off my shoulders

A brand called Your Parking Space got in touch with me to see if I’d be able to provide a comment on what I listen to when I’m driving. Being a fan of 80s music, this wasn’t difficult to answer – have a read of the article here.

I worked on just a couple of posts this month – the first was in collaboration with Jacamo, the men’s clothing range, with some fancy clothes expertly modelled by my teenage son.

And the second was working with Matr, the online classroom system for kids, which my daughter and I are loving….blog post coming soon!

I had a few ‘epic fails’ this month which included failing to post regularly and upload on my YouTube channel. However, despite this, I managed to clock up 17 new subscribers with 14,105 minutes watched. Don’t ask how. 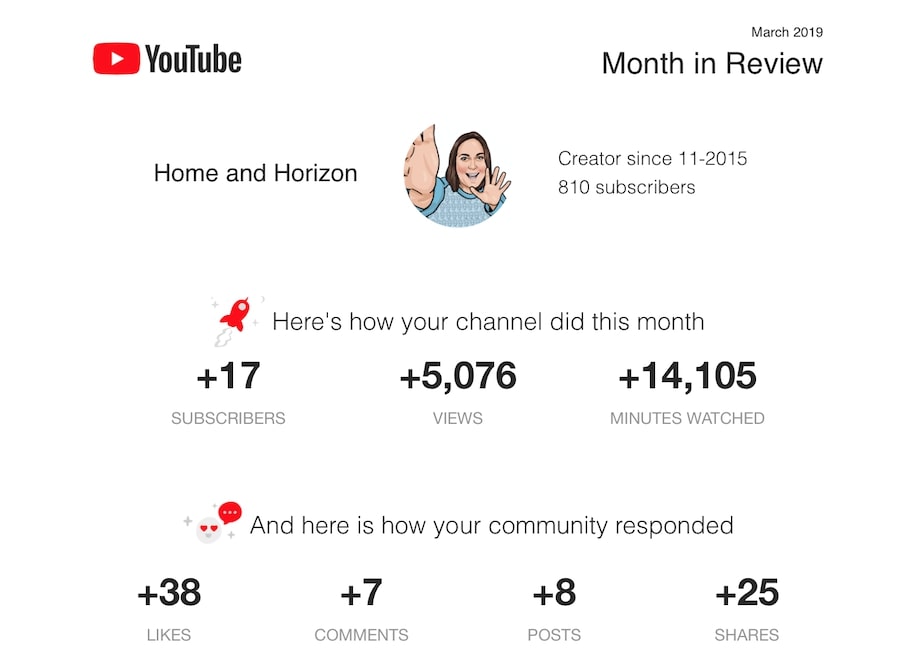 At the tail end of last year a good friend from my daughter’s school approached me to ask if I’d like to launch a new magazine with her for our local area.

I’m a big believer in things happening for a reason and, having left my full time editor’s role last August, was busy concentrating on my blog at the time. It was an important decision to make. Did I (a) Decide to continue focusing on growing my blog and social media or (b) Let the blog and social media slide a little while I focus on a new venture and see where it took me.

Because I didn’t start my blog to make money (initially), I knew that whatever decision I made I would keep the blog as I really enjoy writing about my experiences, so I chose option B.

It seemed like a great decision to make. In less than one calendar month (we started selling on it the second week of January and stopped selling on 6th February), we brought in more than £6,500 in advertising.

For our very first magazine, not only had we broken even, we were also making a profit. This was an amazing achievement. Neither of us have had any sales experience, we didn’t even have a product to show people – we had to sell on the hope that a few people might give us a lucky break. And within just a few weeks – just shy of 20 companies decided to invest in us. 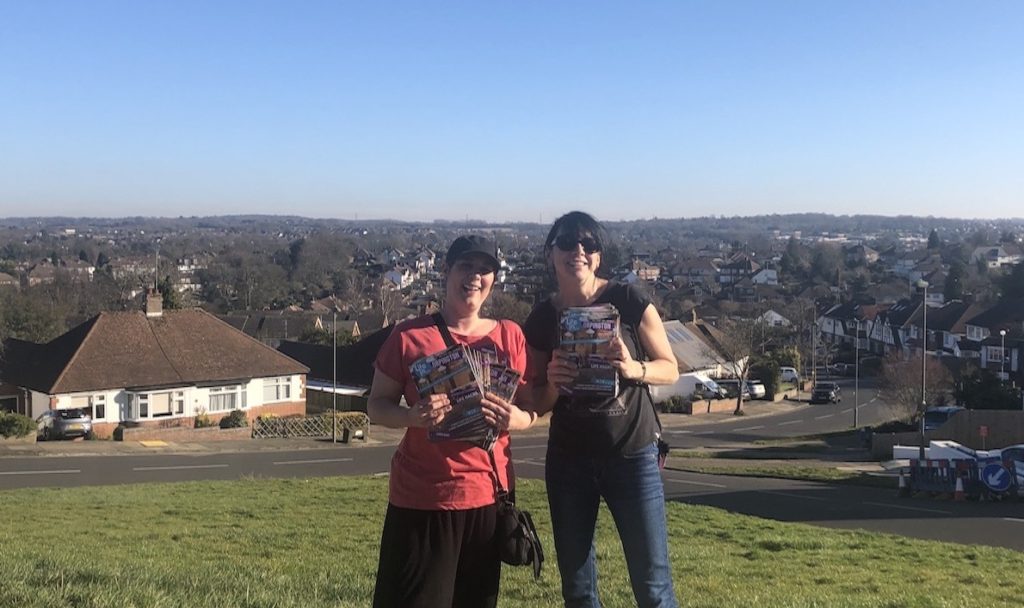 It has been a crazy few months as you can imagine – and I’ve kept this under wraps until now, as I didn’t want to jinx the magazine by talking about it too early.

We’ve also had some very important learning lessons as we’ve dealt with people from all walks of life – it has been a real eye opener but I’ve loved every minute of it.

We’ve now launched two magazines and brought in more than £10,000 gross in total, which is amazing considering that neither of us are natural sales people.

After dividing the income between the two of us – and taking off our distribution and printing costs, we’ve made the tidy sum of £2,550 each this month. We keep grinning like Cheshire cats and hoping that it’s not just a lucky roll and that we can keep on growing on the magazine’s popularity.

If you’re interested in taking a look at what we’ve produced – it’s right here.

Other income streams in March:

– JustPark £66.08 (I rent my driveway for parking and also use JustPark for when I’m visiting hospitals, town centres, stadiums, airports etc) here’s £10 to get you started!

– Top Cashback: £3.12 – this is how I earn FREE cash for shopping online! Check it out for yourself.

March At A Glance

What was great?  The huge spike in money earned!
What wasn’t? Not keeping on top of the blog & my vlog (understandably)
Goals for April: Write at least 3 blog posts in April!

A Pin For Your Blogging Board

Well done Lauretta! Killing it!!!! You have such unique and interesting insights- so well deserved.
~Melissa xx
https://freshairandfalselashes.com

Ah thanks Louise – it’s only because of the new magazine venture, otherwise I wouldn’t have earned much at all last month from the blog itself. x

That’s amazing news about the magazine, well done! It sounds like its really taking off already and your hard work is really paying off!
Jess Howliston recently posted…Can You Relate To The Life of an Astronaut?

It has certainly been a lot of hard work, but it looks like it’s paying off. I just hope it continues! Thanks for commenting Jess!

You’ve managed to have a great month with the blog and working with Jacamo with your son must have been a lovely experience. Well done on the YouTube stats even with not posting as regularly

I have absolutely no idea how that happened Kirsty! Maybe I should post less often!

Oh wow – well done with your magazine venture – how exciting! I am sure it will continue, you deserve the success. Kaz x

Wow I’m so happy to hear about your good news about the magazine and your income from it. More power to that new venture and I hope you will have another productive month this April.

Ah thanks a bunch Chelle – things have slowed down a little but only due to personal issues that I hope can be overcome soon.

Thanks Rhian – you and I both. To be honest, it’s not so much the money earning potential (although that is a nice thing to have), but it’s the quality of life and the happiness levels it means I can now have.

Sounds like you had a great month other than the epic fails on youtube. I find blogging is so hard to juggle everything!

It really is isn’t it? The days seem to fly away so quickly! For me, failure to prepare is preparing to fail…

Congrats on your zine launch,wish I could see a copy so the cheetah and I could have a read. Onward and upwards!!!

Thanks Patrick – you can read the digital version online! I know it’s not the same as having a copy in your hands, but you’ll get a feel for what it’s about 🙂