DIY days are long gone according to new research. A new report of 2,000 adults reveals few people take on the day to day jobs and chores themselves, instead Brits are embracing the idea of ‘DFY’ – jobs Done For You.

It's true to say that people are finding themselves increasingly time-poor these days, possibly because we're expected to do so much more with our time. In order to maintain an organised and busy lifestyle it's no wonder that millions of people are forgetting the DIY opting to hire external help in the form of cleaners, gardeners, dog walkers and nannies.

The survey, by McCarthy & Stone, also found that people are investing in technology to ensure they don’t have to lift a finger around the home – meaning jobs such as washing up and doing the supermarket food shop are also a thing of the past.

And when it comes to washing or servicing the car, cleaning the windows or packing boxes to move house, it seems Brits are more likely to automatically pick up the phone to find someone to do it for them. 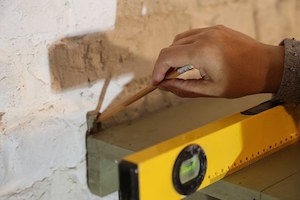 Other odd jobs that people get others to help with include putting up shelves, blinds or curtain polls.

Luckily for me, VIP gives most DIY projects a go – and when he puts his mind to it, he's actually quite handy.

And I can also proudly hold my head up high and say that I've decorated every single room in my house – from juggling soggy wallpaper to spending hours painting walls and ceilings. The only time I ever got outside help was when I had just given birth for the first time and I treated myself to a cleaner for a few weeks.

But it appears that a quarter of those polled admitted they are generally more likely to rely on external help than doing household tasks themselves, so that everything gets done.

A third of people just don’t do jobs such as decorating, tending to the cleaning and gardening any more, and many say jobs like washing the windows and cleaning the oven would certainly fall by the wayside if they didn’t employ someone else to do them.

Four in 10 of the adults surveyed claim they struggle to get things done at the best of times, with a further 43% feeling bogged down with all the work, chores, clubs, sports and family life they have to manage.

And when given any spare time at all, 56% of adults would far rather spend that time enjoying themselves than getting on with the household tasks. 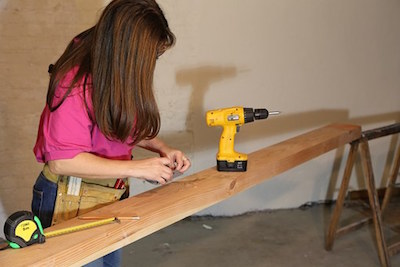 1. Service the car
2. Washing the windows
3. Cut the family’s hair
4. Washing/valeting the car
5. Odd jobs such as putting up shelves
6. Putting up blinds/curtain poles
7. Mowing the lawn
8. Fixing anything which is broken around the house
9. Cleaning the oven
10. Installing the computer/printer
11. Setting up electrical items such as Sky or modems
12. Building flat pack furniture
13. The weekly food shop
14. Cleaning carpets
15. Fitting anything new around the house
16. Gardening, pruning plants/hedges/trees, weeding
17. Packing boxes when moving house
18. Jet washing the driveway/patio
19. Making/altering/repairing clothes
20. Clearing rubbish

Blinds curtain offers at an affordable price are available…!

Blinds curtain offers at an affordable price are available!