What We Really Mean When We Say ‘I’m fine’

Sound familiar? Except the truth is, you’re not fine.

Why oh why do we lie? Okay, time to fess up.

VIP asks me Every. Single. Day If I am ok. In fact, on average he’s probably racking up around at least ten ‘Are you alright?’ questions in a 24-hour period.

I get it. He’s caring – really caring – and for that I am lucky. Most of the time I am just fine. But when I’m not, nine times out of ten I lie and tell him I’m good.

Why? Well, (digging deep here) there are two reasons why I do this:

And when family and friends ask if something is bothering me, the other reason I might lie is because I cant be bothered to explain why I’m sad/angry/frustrated/bitter.

Why do we lie?

I mean, when was the last time you bumped into an old friend and when asked ‘How are you?’ you replied: “Well, my son got into an argument at school this week so I need to speak with his teacher. Oh and I’m so far behind on my washing and ironing it’s unreal!?”

But research suggests I’m not alone. And even when bigger issues are bugging us we’ll still tell people that we’re doing okay.

And almost a third of those surveyed said they often lie about how they are feeling to other people, while one in ten went as far to say they always lie about their emotional state.

And this dishonesty goes both ways, with 59 % of us expecting the answer to be a lie when we ask others “How are you feeling?”

Jenny Edwards, Chief Executive of the Mental Health Foundation who commissioned the research said: “While it may appear that most of us are happy openly discussing feelings, these survey results reveal that many of us are really just sticking to a script.

“This creates an illusion of support. On the surface, we’re routinely checking in with each other but beneath that, many of us feel unable to say how we’re really feeling.”

Men are more than twice as likely to be dishonest to others when it comes to their emotions (that doesn’t surprise me), with 22% admitting they always lie about how they feel, compared to 10% of women. 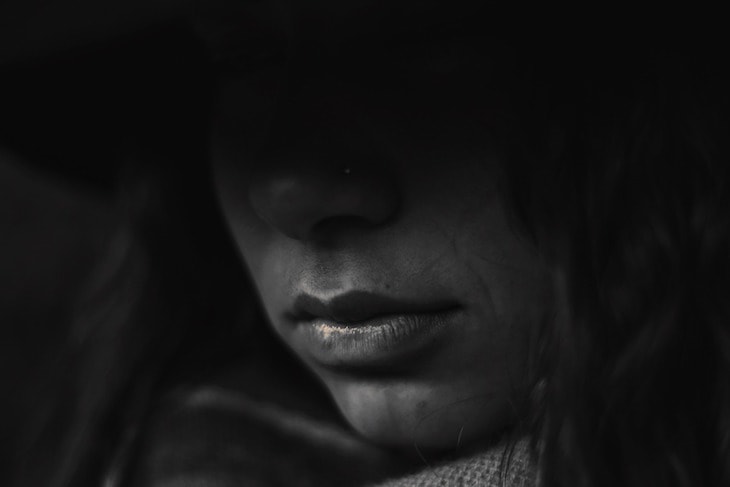 Women however are more likely to be hurt emotionally – 41% have regretted opening up to someone in the past, compared to 29% of men. Perhaps this is one of the reasons why we steer clear of admitting our real feelings?

A change of tactics

As for those ‘fine’ Brits, 34% use “I’m fine” as a response because it is more convenient than explaining how they really feel, while 23% say it because they think the person asking isn’t really interested. Mmmh, I can relate to this one.

In fact, most of us feel more comfortable discussing our emotions on social media and online forums than with our friends directly!

Jenny Edwards continued: “The people around us in our lives are crucial for our mental health; people with strong connections live happier, healthier and longer lives than those without. That’s why we all need a healthy network of friends and family who we are comfortable to confide in when we need to.

“Next time someone asks “how are you?”, try going off the standard script and say the 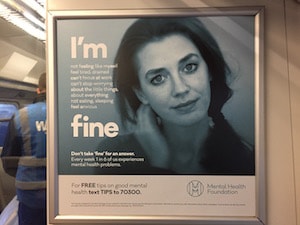 truth instead of ‘I’m fine’ and see how a more meaningful conversation unfolds.”

I for one am willing to try this – even if it means that I end up having fewer arguments!

If you’re really not ‘fine’, the Mental Health Foundation has launched an ‘I’m Fine’ campaign to encourage Brits to open up about mental health and ‘bring back meaning’ to daily conversations. Why not check it out? Unless of course ‘you’re absolutely fine’.

A Pin For Your Health / Psychology Board 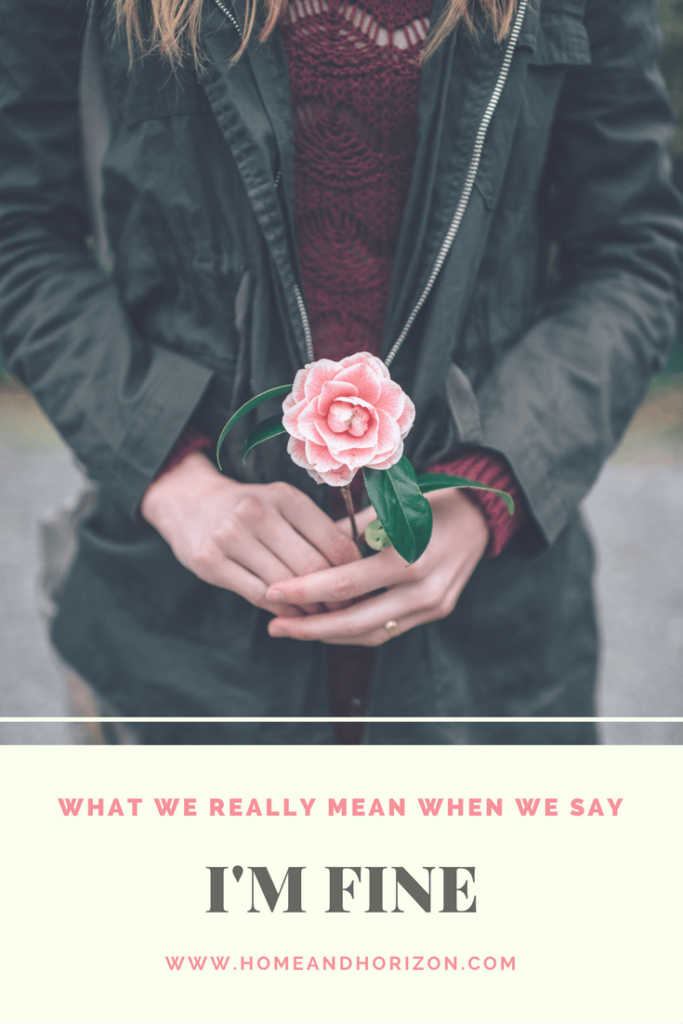 I think this is such a British trait. Believe me in the other countries I have lived in, you ask someone if they are fine, and you get the real truth! 😀 x

Yes, I can believe that totally. Us Brits with our stiff upper lip eh?!

Ah, I wrote about this for my Ask Me Anything series last year. Fascinating subject, isn’t it? That trusty ‘ol stiff upper lip has a lot to answer for!

Thanks so much for linking up with #outsidemywindow, I do hope you’ll be back this week! x
Kate Tunstall, The Less-Refined Mind recently posted…Tiffany Rose Review – Beautiful Maternity Wear

This is a fantastic post, I am a big believer in talking about mental health. Well done you for writing this post and raising awareness x

Thank you – I’m really glad you liked the post.

Thank you so much. I’m glad you feel it has helped ?

My mum in law and I were talking in length at how much we’ve got to get done for Xmas haha I do know what you mean though and good to spread awareness of the issue of not really meaning it when say we’re fine!

Those are the reason why I say I’m fine, my partner makes me laugh because half the time after I’ve said my fine or nothing is wrong he’ll say I know whats a matter and I think to myself why ask whats wrong then if you know

Exactly! This made me laugh 😉

It’s such a standard response isn’t it. I always say ‘I’m fine’, because it appears too self indulgent to say anything else. My husband is even worse
Zena’s Suitcase recently posted…Out & About With Muck Boot & Co Hasbro Wellies For Kids #MuckBoots @MuckBootEU

I think everyone can relate to this. It’s a catch all phrase.

Lovely post. I think we are all pretty much guilty of pretending nothings wrong at one time or another. It’s good to talk though 🙂 x

I can really relate to this. I have lived with mental illness for 18 years and if you were to ask me how I was, I would always say fine, even when I’m not. I think it’s so important to have people in our lives who know that fine doesn’t always mean fine, I’m very lucky that I do.

Thank you for sharing that – wise words.

What a lovely post. I say I am fine all the time when I am not or not in the mood to talk.

I agree, I say I’m fine when sometimes I feel down and just want to run out the house and do something fun. I have got into a routine of staying in and having no where to go, no friends to go out with and nothing to do when the kids are at school. I really should make more of an effort ..

Sounds like you need a bit of pampering if you ask me – treat yourself…get your hair or nails done so you have nice things to look forward to! x