Is it just me or has January shot by in the blink of an eye?! I think the busier you are, the faster time flies.

As I've been running the ‘Favourite Finds' for a while now, I thought I'd also include ‘things I've tried' – just because one of my goals for 2019 is to try new things and be more adventurous. And also because when I do try new things, they're not always a ‘favourite' of mine!

It’s back – and although there are probably only two or three episodes left, I had to include Hunted in my favourites. If you haven’t watched it, you really should (you can with 4 On Demand).

The idea behind the TV show is that the contestants (or the fugitives) have to go on the run for 25 days and evade capture. The people chasing them are a group of former police and intelligence officers.

It’s on every Thursday night at 9pm and I sit down to watch it with VIP and the kids. Okay, there’s a bit of swearing, but at 11 and 13 they’re old enough now to know it’s wrong to swear for the sake of swearing or trying to look big or clever.

Anyway, the reason I featured this is because I’ve decided to enter myself in the running for the next series…imagine if I got picked and had to go on the run for 25 days! Having never been in trouble with the law before, it will give me a taste of what it’s really like to a fugitive!

Years ago (when I was working as a travel journalist) I was given a press pack by the now defunct Monarch Airlines. Inside was a little a little pot of moisturiser and when I opened it, I was in seventh heaven. The texture, the consistency and the smell – they all got 10/10 for me.

And I used that little pot up within just a few weeks. When I went to look online to buy another pot I saw that it cost £50 for just 20ml.

Now this wasn’t Lauretta being thrifty at all, so I decided that the £50 would be better put towards my son’s swimming – it would stretch for two months’ worth of activities.

But I never forgot about Cult 51 – I even kept the empty pot and would sniff it every now and then to remind me of how nice it was. And then before Christmas VIP asked me what I wanted and I remembered the little pot. If I get a bottle of Bvlgari perfume or a little pot of Cult 51 then it would be the best Christmas present and I want for nothing else..

Well, that little pot of Cult 51 did arrive….good on VIP for listening (and the boy did me proud for buying it on a deal). And the Bvlgari perfume? My mum must have been listening in on that conversation as she got a bottle for me! Christmas was pretty epic as you can imagine. 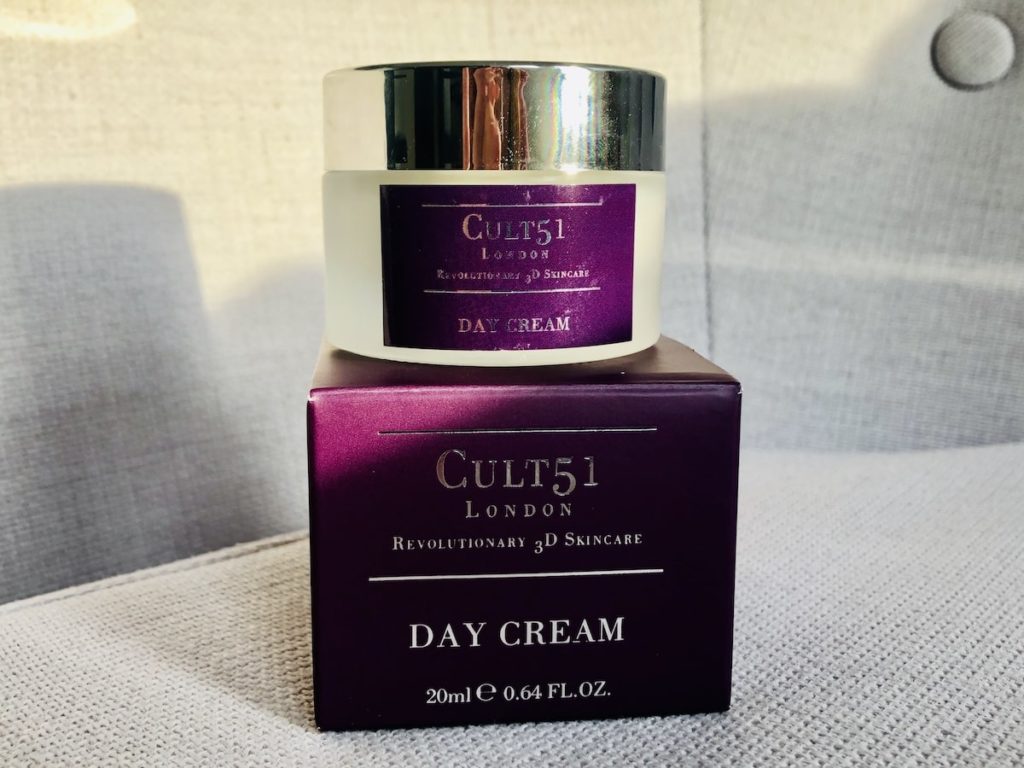 Big smiles all round

It was smiles all around over Christmas and then came the harsh reality of winter with cold, dark and gloomy days. I’m really not a winter person as you might have guessed.

And although January is not national smile awareness month or anything like that, I've been feeling the need to smile much more after being given the opportunity to try *Marbonne's teeth whitening strips.

You see, if there's one thing you should know about me, I'm a teeny weeny bit obsessed with having gleaming white teeth. It's the very first thing that I notice about people I first meet – how straight are their teeth? How white are they?

I can't help it of course – I swear it's a curse sometimes as I can barely look at people with teeth missing or teeth the shade of a ceiling that's seen 30 years of indoor smoking! So, while I'm saving up to have veneers put in (one day!), I've decided to give the strips a go.

It's been just over a week now and I can already notice a big improvement – so I'm now a convert. Well, until I win the lotto and can get those super straight and super pearly whites.

But for now, I'm happy to go around grinning like a Cheshire cat to try and attract a few compliments on my gleaming gnashers!

Okay, so it wasn’t on my radar to celebrate Veganuary, but I knew a lot of people who were celebrating it and I was intrigued – so I have tried to give some days a go!

I was invited to Comptoir Libanais (a Lebanese and middle Eastern restaurant which has various locations) to try out its brand new vegan feasting menu – priced at just £12.95.

Knowing that my good friend Kerry (from Kerry, Life & Loves) was doing Veganary, I asked if we could both pop along and try the menu out.

And it didn’t disappoint. It included a meze of two starters, a main and a dessert – Kerry and I were both stuffed and couldn’t even finish the feast – it was amazing value at just £12.95 and the flavours were sensational.

So, for the starters there was a choice of Red Peppers Hommos – Smooth chickpea puree with tahina and red peppers, virgin olive oil, served with pita bread and a Quinoa Tabbouleh – Chopped parsley, quinoa, tomatoes, mint and onions with a lemon and olive oil dressing. We got both dishes to try each of them. 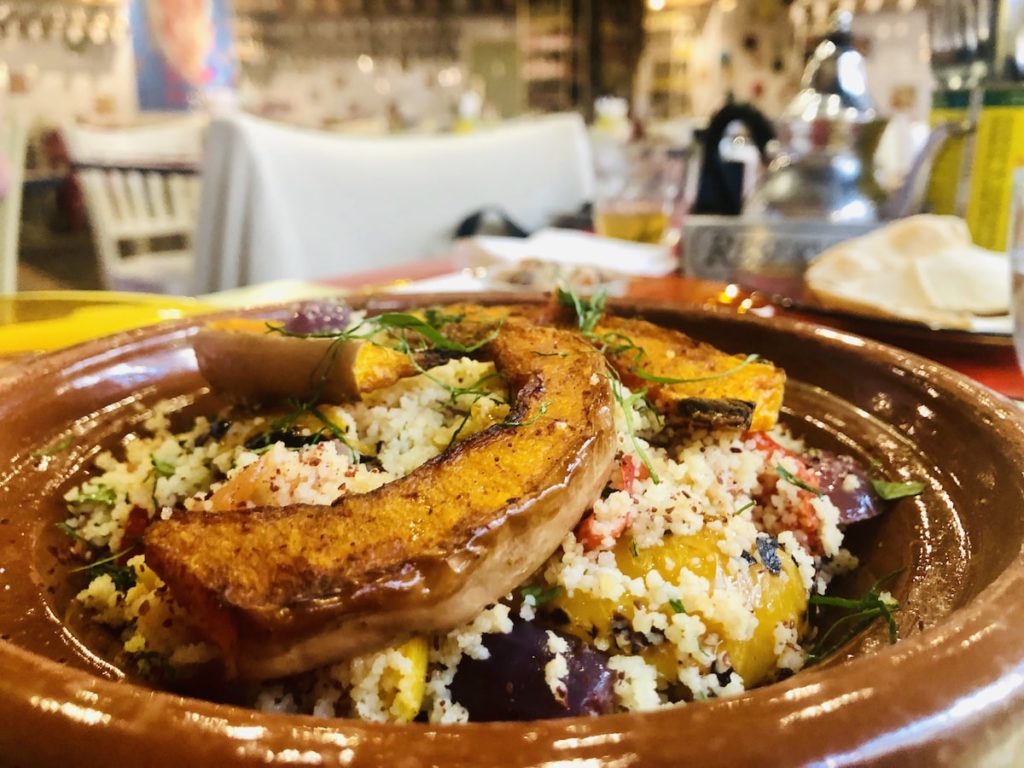 For the mains it was a choice between the Couscous Salad with grilled peppers, roasted squash and mixed nuts or an Aubergine Tagine – Baked baby aubergine in a rich tomato & chickpea sauce. Again, we got both of them to mix and match.

And dessert was a Coconut Mouhalabia and Mixed Dried Fruit – A traditional Lebanese milk pudding made using coconut milk and topped with toasted pistachios.

I was so impressed that I’m taking VIP to try it – we’ve eaten there before and were really impressed, so knowing that he’ll be able to fill his boots with the ample food you’re given, I know he’ll appreciate it.

As we’re now towards the end of the month, the sales shopping is slacking off a bit, but right after Christmas I managed to get myself out and about a few times to try and bag a few bargains.

I have been featuring them on Instagram stories – and they included wrapping paper and cards for just pennies, beauty gift sets and things like candles for a fraction of their normal price. Seek and ye shall find as they say!

There are still a few bits and bobs to find in the shops – particularly with the new season (spring/summer) goodies now being introduced in stores. It’s a bit weird to walk into shops when it’s freezing though and see things like brightly coloured t-shirts and shorts for the warmer weather – makes me feel even colder!

That’s it for my January favourite finds for now – in the meantime, wrap up warm – and happy shopping if you do venture out..

*Given as a gift to try out. All views are my own. Some links are affiliated.

A Pin For Your Inspiration! 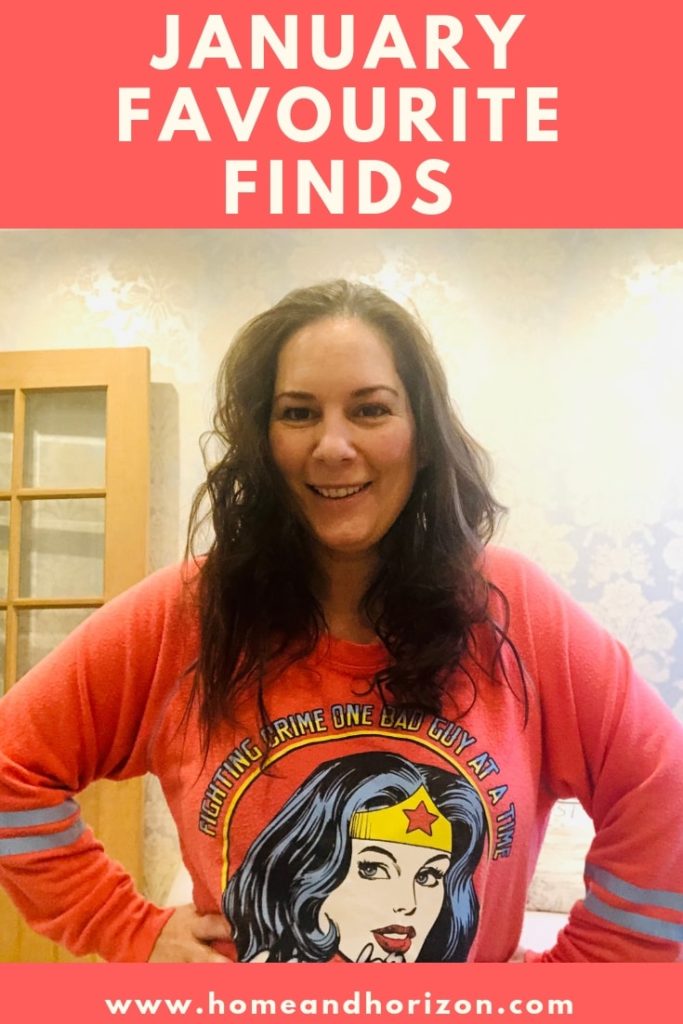 I just couldn’t get into Hunted – I must try again! The cream sounds amazing – how lovely of your mum! Kaz

Thanks Kaz – I do have a wonderful mum, I’m really lucky.

I’ve not heard of cult 51 before. We love watching Hunted too!

Yay! Another Hunted fan – love it!

I’ve never heard of Cult51 before, but it sounds right up my alley! I’ll definitely be giving it a try 🙂

Thanks Louise – if you can you should at least give it a sniff! ha ha…I think you’ll like it,

I love Hunted, I’ll be keeping my fingers crossed for you getting on. It would be such a fun experience! I haven’t heard of Cult 51 before but so glad you got your Christmas wish and got a jar.

Thanks very much Helen – it’s good discovering new products and isn’t it? Even if some of them are a bit pricey…but I do think that splashing the cash is necessary from time to time…

I like Hunted, it’s one of my favourite shows on TV at the moment. Makes a good change 🙂 xx
Olivia Jade recently posted…The truth about Tribe and tips to win.

Good to know I’m not the only one Olivia! 🙂

I think I may have to find out about Cult 51. It sounds divine.

Oh it is. I’m savouring every last droplet of it! ha ha. I think I’ll just end up asking for that for my birthday from now on! Actually, I think Cult 51 should get in touch with me as I’m such a fan! They should treat their fans every now and then, right? Wishful thinking! ha ha

I’ve enjoyed picking up a few bargains over the lull after Christmas including some great new wardrobe additions like a leather jacket. I do want to know more about how you got on with the whitening teeth over a bit longer period.

I might put together a video as I recorded myself before I started the treatment, so it would be good to see the end result too. Thanks Kirsty!

How exciting that you’re applying for Hunted, it is such a fun show to watch!

If I get chosen to be on it, can I come and hide out at your house?! ha ha…

I think it’s a great idea – and had I planned a little better, I might have been able to keep it up for January. Thanks for stopping by!

I’ve never heard of Cult 51! I’ll have to check it out -sounds amazing. Really pleased your Christmas angels listened and delivered!

Ah thanks Alex – if you get the chance to smell it, it’s divine! 🙂 x